Paid sick leave may soon become a reality in California as the Senate Labor and Industrial Relations Committee voted in favor of Assembly Bill 1522 on June 12. The bill is called the “Healthy Workplace, Healthy Families Act.”   Under the proposed legislation, anyone who is employed for at least seven days over the course of a calendar year will be entitled to receive paid sick leave at a rate of an hour of leave for every 30 hours that the employee works. 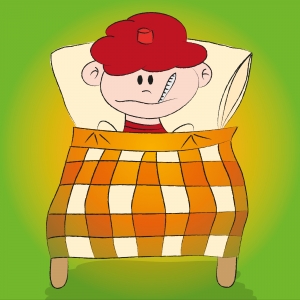 The committee acted at a time when paid seek leave is getting a lot of attention in California, in part because hundreds of workers at California’s largest grocery chain have been demanding leave.

Some employees are already entitled to paid sick leave under labor contracts and collective bargaining agreements, but most employees in the state do not have a guarantee of time off from work when they are ill. As a worker, it is important you understand your employment rights and take steps to protect yourself if your employer fails to give you benefits guaranteed by law. An Orange County employment law attorney can advise you on your rights and represent you if you are treated unfairly.

The Fight for Paid Sick Leave

According to the Huffington Post, El Super is the largest grocery chain in the state of California. Many of the workers of the chain are covered under a collective bargaining agreement that expired last September. Workers have been holding rallies demanding a living wage, more guaranteed work hours and paid time off if they are sick. As part of the arguments they are making to push for paid sick leave, the workers are pointing out the public health risks that are associated with coming to work sick and handling food.

Representatives have reportedly met with management but have not been successful in convincing corporate representatives for El Super to give workers basic sick pay.  UFCW members at seven El Super stores rejected the company’s last, best and final offer in May and voted to authorize a strike if necessary to convince the company to enter into further negotiations.

The El Super workers are among 39 percent of Americans who have no paid sick leave from employers. San Francisco and some other cities have passed local ordinances requiring sick days, but there is currently no law on the books at a federal or state level that guarantees time off for sick workers.

This could soon change.  The Healthy Workplace, Healthy Families Act would allow employees to use the sick time that they earn to take time off as long as they have worked for an employer for at least 90 days. They can take the time off if they are diagnosed with a health condition or if they require treatment. They may also take time off if family members are sick, or if they are victims of domestic violence or assault. Employers who violate sick leave law would be subject to statutory penalties.

AB-1522 is expected to easily pass the full senate, and then as long as the governor does not veto the bill it will become law and go into effect next year.