Anyone who has ever waited tables knows how valuable a good tip is. It brings the wages of tipped employees up, makes it possible for restaurant owners to keep food prices reasonable, and gives workers an incentive to work during extra busy and stressful shifts throughout the week. 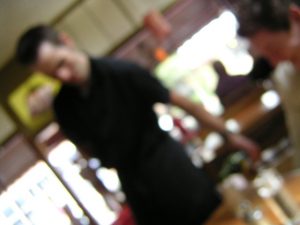 U.S. Department of Labor defines tipped employees as those who regularly receive more than $30 a month in tips. Such employees, depending on the state, can be paid a minimum of $2.13 per hour, as opposed to the traditional federal minimum wage of $7.25. The tips that are used to bring tipped employees up to minimum wage are known as a tip credit. If the employee does not make enough in tips to meet the federal minimum wage standard, the employer must make up the difference, according to 29 U.S. Code § 203 (m).

California, however, is a bit different in that the state requires employers to pay full minimum wage before tips. The state’s minimum wage is also higher than national, ranging from $10.50 (for employers with fewer than 26 employees) to $11 (26 or more employees).In short, tipped employees at worst make minimum wage and at best can do quite well for themselves depending on where they work.

A new proposed rule from Department of Labor is challenging the current structure, claiming it causes too much of a disparity between tipped an non-tipped employees, such as cooks and dish washers in a restaurant. The proposal would allow employers who pay full minimum wage to all employees and do not take a tip credit to collect and redistribute tips among employees. This would reverse a 2011 regulation restricting this practice and would directly affect California employees.

Tip pooling already exists legally among restaurant workers, with wait staff sharing a portion of their tips with other tipped employees, such as bussers and counter personnel. This proposed rule would divide tips further to include traditionally untipped employees.

Several Democrats in Congress recently called on this proposal to be withdrawn, citing an analysis that showed workers stand to lose billions of dollars, information they said was withheld from the public, according to a report from Reuters. Labor Department officials pushed back, stating they intend to release a cost benefit analysis after public comments are collected. If such an analysis is not released before a final rule is established, there could be legal recourse, Christine Owens, National Employment Law Project executive director, told Reuters.

Critics of the proposal worry employers could use this system to pocket tips. This would fly in the face of the Fair Labor Standards Act, which states that tips are the property of the employee.

Our Orange County wage theft attorneys are very familiar with the many laws applicable to tipped and non-tipped employees. We are also very familiar with ways that employers can try to work around these laws, with their employees paying the price. If you believe your wages are unfair or that your employer in engaging in illegal practices, our trusted attorneys can offer our years of experience in this area and help you protect your rights.