According to a recent news article from the Los Angeles Times, two African American employees at Fox News have filed a discrimination lawsuit against the company as well as a recently fired financial controller at the company who was fired at the end of February 2017. 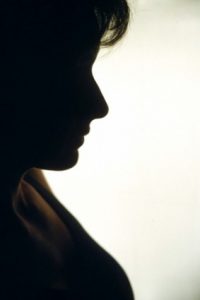 In the complaint, plaintiffs alleged that their supervisor routinely made racist or otherwise inappropriate comments to all of the black employees under her control. The lawsuit also mentioned the sexual harassment allegations against former company chief Roger Ailes, as well as other recent allegations of creating a hostile workplace. As our Orange County employment lawyers can explain, if a company has a pattern of harassing behavior towards the same group or another group of employees based upon race, religion, or gender, that trend might to relevant to establishing the present case.  This would also be true of past instances of sexual harassment whereby the management of the company either participated in harassment or was complicit in allowing it to occur.

After plaintiffs were allegedly harassed and subject to racial discrimination while on the job, they reported this contact to human resources and were soon fired from the company.  They are arguing that being fired was in direct retaliation for filing a complaint about a hostile workplace.  If true, the retaliatory firing would be another violation of a labor law and could lead to additional damages for plaintiffs.

As for the specific type of discrimination, plaintiffs alleged that defendant mocked the Black Lives Matter movement as racist and asked what would happen if there were a White Lives Matter movement. They also allege defendant made fun of black employees and used black stereotypical behavior to mock them.  She also allegedly harassed them for pronouncing words improperly and made them practice speaking in front of white employees.

There are additional allegations that defendant personally asked one plaintiff if all three of her children were of the same father and referred to the payroll department as the urban payroll department, because it was made up of mainly black workers.

It should be noted that the company has stated that they fired the controller who was making the allegedly racist comments and feels that it has no liability or further responsibility with this matter. Obviously, as plaintiffs have filed a discrimination lawsuit, they do not agree with that assessment.

Over that past year or so, there have been numerous accusations of sexual harassment discrimination against the news company, and these allegations do not seem to be easing up.  First, we had Roger Ailes, and most recently, various women have accused Bill O’Reilly of sexual harassment.

One thing to keep in mind is that if you have been harassed at work, it is important to keep an accurate journal of what happened and when.  While many people prefer to use tablets and smartphones, it is helpful to go out and buy an actual notebook and keep a log (with dates) of every incident of harassment at work.  You should also include a brief description of exactly what happened.  This will be a big help to your experienced employment lawyer.