In an ideal world, every labor law and employee contract would be written in such a way that is clear and unambiguous to all parties involved in the employment relationship, especially the employee.  It would be fair to the employer as well, and there would not be any issues.  We obviously do not live in that ideal world, as many employers take advantage of their employees and try to use contract clause ambiguity and statutory ambiguity to get away with what they are doing. 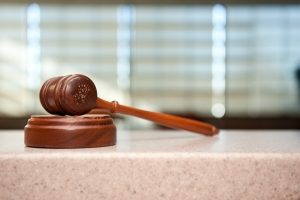 According a recent article from the American Bar Association (ABA) Journal, heavy litigation in a case involving overtime pay for dairy delivery drivers is being decided based upon the placement of a comma in an ambiguous state law.   This case was filed in the U.S. Court of Appeals for the First Circuit. In this case, the court had been asked to interpret a state labor statute that the parties believed to be ambiguous. The statute required overtime pay for hourly works with some exceptions.  Those exceptions are where the ambiguity arose.  In the state law, it said that workers were entitled to overtime pay unless their jobs involved “the canning, processing, preserving, freezing, drying, marketing, storing, packing for shipment or distribution of: (1) agricultural produce; (2) meat and fish products; and (3) perishable foods.”

As our Los Angeles employment attorneys can explain, when there is an ambiguity in a state law, there are various methods the courts will use to resolve that ambiguity.  One way is to try to glean as much information as possible from the actual statutory language.  Courts will also look to legislative intent.  This can often be found in looking at notes and comments made by the drafters and during debates that are generally recorded and kept in the state records office.  It should also be noted that many courts will strive to resolve an ambiguity in favor of the non-drafting party or in favor the party the law was seemingly meant to protect.

Here, the court reasoned that if the legislators meant to have the packaging and shipment and distribution as two separate exceptions, there would have been a comma between them, so as to read “packing for shipment, or distribution.”  Since there was no comma present in the statute, the court concluded that it excepted those workers who package or ship goods for distribution, but not those involved in the actual distribution process.

While this may seem like a lot of work over one comma, it shows how important the language of statutes can be. It also means that if the state legislature disagrees with this court opinion, they can amend the statute any time and include a comma or make any other changes they so desire.