Three years ago, a young woman using a wheelchair asked Pope Francis why some who are disabled aren’t able to receive Communion or go Mass. The Pope responded that discriminating against those with disabilities is “one of the ugliest things” one can do. 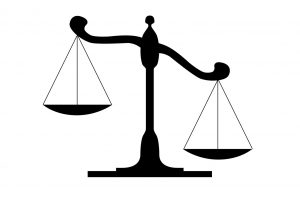 This month, the U.S  Supreme Court heard oral arguments via telephone regarding an employment disability claim filed by a former teacher at a Catholic school in California who said her employer declined to renew her contract after she informed them she’d need more time off for cancer treatment.

As our Los Angeles employment disability discrimination lawyers can explain, the U.S. Supreme Court in 2012 ruled unanimously in the case of Hosanna-Tabor v. EEOC  that the U.S. Constitution bars “ministers” from suing churches for any kind of employment discrimination. It’s called “the ministerial exception.”

This legal doctrine is intended to protect the First Amendment freedom of religion by preventing the government’s excessive entanglement in matters of religion and the ability of religious establishments to decide their own matters of internal organization and governance.

But who exactly is “a minister”?

The court notably didn’t answer this question. The trial court in this case sided with the school, finding the case couldn’t move forward. However, that was reversed on appeal. Now, with the help of the Trump administration, the school is challenging that ruling before the U.S. Supreme Court.

This is one of two ministerial exception cases the court is hearing. In the other, the former teacher is suing a different Catholic school for age discrimination. Both teachers taught religious studies as well as other subjects, such as social studies, spelling, math, science and English. But does that make them “ministers”? One said she taught religion from a book of the school’s choosing, but never lead prayers.

The case is one that could have far-reaching consequences for employees who work for religious institutions, including hospitals, camp counselors, cooks, administrators and social service centers that have religious affiliations.

In the California disability discrimination lawsuit, the teacher’s husband said she wasn’t fighting initially to set any employment law precedent. She just wanted to go back to a job she loved: teaching elementary school kids. It was as she was approaching the last full year of teaching that she received a breast cancer diagnosis. She asked for time off. Soon after, she was informed her contract wouldn’t be renewed. (Meanwhile, the nun supervisor who declined to renew her contract was later fired when it was learned she and another nun paid for Las Vegas gambling trips with school funds.)

The school, however, justified its decision not to renew her contract by saying she failed to keep control of her classrooms. Plaintiff argued that was a pretext.

The defense in both cases deny employment discrimination occurred, but nonetheless that the cases don’t belong in court.