A recent news feature from the Los Angeles Business Journal discusses how the unemployment rate is down in Los Angeles County. At the time, reports show there are nearly 90,000 fewer jobs on the books since the start of this year. 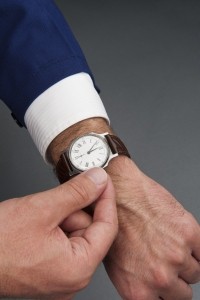 As for the actual numbers, the unemployment rate fell to 5.8 percent, which is a significant drop from the higher rates we were seeing in the past year. However, while a sharp drop in the unemployment rate is normally thought of as a positive, it may not be so in this case.  In order to calculate employment, we have to figure out the number of people who are not working, but are willing and able to work, and are currently looking for employment.

The number of people who are willing and able to work and are still looking for work are considered as part of the total workforce. If the total workforce drops, the unemployment rate may also drop, even if there are fewer jobs in the local economy.    The latest numbers released show that there are now 18,000 less people in the county workforce.  Essentially, these people are not working, but are also not looking for jobs in the area.

There are a variety of reasons why this would happen.  One of the major reasons is that when times are bad, it is hard to find a good job, and many will people will choose to go back to school. This allows them to put their student loans into an in-school deferment in many cases, gives them time to worry about things other than being unemployed, and will ideally allow them to find a higher paying job than they had before they had a new degree in hand.  In some cases, they are going to college for first time and others are going to graduate or professional school.  When jobs are hard to find, law schools typically see increased application numbers, as well.  When someone is a full time student, they are not unemployed and therefore not part of the workforce.  This is one way that there can be a decrease in the total number of jobs, as well as a decrease in the unemployment rate, which is what many think is happening in Los Angeles.

As for the reason for there being less jobs, we typically see a large increase in the workforce leading up to the holiday season, especially in the retail sector, then there is a reduction in the number of workers at the start of the new year. This past holiday season, there were sales numbers much lower than expected due to the warmer weather.  During much of the holiday time, goods are winter clothing, which was not needed leading up to Christmas.  Researchers have also found that when it is warm, people are not in the holiday spirit, and that means doing much less shopping.

One of the things our Orange County employment lawyers tend to see is some of these newly laid off seasonal workers not being given all of the wages to which they are entitled.  This is not acceptable, and you should speak with an experienced attorney as soon as possible if this has happened to you.