A new law enacted last year now in effect gives California workers three years in which to file a lawsuit under California’s Fair Employment and Housing Act (FEHA) instead of just one. 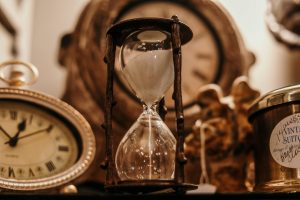 Previously, an employee who alleged discrimination, harassment, retaliation or another claim under FEHA would have one year to file a file an administrative complaint, the prerequisite to filing a civil lawsuit. Aggrieved workers could either requires the state’s Department of Fair Housing and Employment (DFEH) issue an immediate Right to Sue Notice or else choose for the state to launch an investigation of the claim. As our Orange County employment attorneys can explain, such an investigation can take a year or more if those involved opt to participate in the state’s mediation program. The DFEH can then issue a Right to Sue Notice after the investigation is concluded, and employees had one year from that date to actually file a lawsuit.

AB9, also referred to as the Stop Harassment and Reporting Extension (SHARE) Act, extends the one-year deadline to filing a DFEH complaint to three years. The worker still has just one year from the date of receiving the DFEH’s Right to Sue Notice to actually file the lawsuit. That means it could be four years or more before a potential California employment lawsuit is filed. The new statue of limitations is six times longer than the federal standard.

Motivation for this legislation, signed by California Governor Gavin Newsom in October, was the mounting pressure resulting from the #MeToo movement. But it’s not just sexual harassment claims that are impacted. It also extends the statute of limitations on claims for discrimination and retaliation.

A similar bill (AB1870) had been vetoed in 2018 by former Governor Jerry Brown, who explained that a shorter statute of limitations encourages claimants to take action while memories are still fresh. Further, he reasoned the shorter deadline encouraged fast reporting of bad behavior so companies could promptly address it. On the one hand, it is true that filing a claim at a later time could make it more difficult for businesses to prepare their defense because witness memories fade and evidence is lost over time. On the other hand, Brown’s logic didn’t account for the fact that victims of certain types of employment discrimination and harassment need time to process what’s happened, define it, feel comfortable enough to come forward and carefully evaluate their legal options. This is particularly true with sexual harassment cases.

AB9, which amends Sections 12960 and 12965 of the Government Code, doesn’t retroactively revive claims that lapsed prior to the beginning of this year per the one-year rule. However, it’s not clear whether claims that existed before Jan. 1, 2020 but that expire after will be subject to the one-year deadline or under the newer three-year rule.

In light of this change, employers would be wise to review their record-keeping practices to be certain that pertinent records will be retained for a minimum of four years, should an employee harassment, discrimination or retaliation claim be filed in that window.