A recent study by the Center for Worklife Law at the University of California’s Hastings Law School revealed that, after years being discriminated against for taking family leave to which they are entitled, workers are fighting back. Specifically, they are pursuing FMLA discrimination lawsuits (Family Medical Leave Act) at an increasing clip. 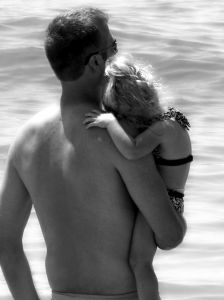 Many are new parents who face discrimination during pregnancy or right after having a new child. Others are caregivers who are taking on responsibilities of caring for a sick relative.

The other thing the report revealed? The aggregate win rate on FMLA discrimination lawsuits is about 67 percent of the cases that go to trial, which is about five times higher than other types of employment lawsuits. That assumes you are a good, diligent worker who has been the victim of what you believe to be discrimination. (Keep in mind too, cases may be settled to your advantage far in advance of trial.)

The report refers to it as “Family Responsibilities Discrimination,” and the researchers analyzed about 4,400 cases. What they learned with the most recent research:

Study authors say a couple of other issues that have continued to be problems since the last report:

If you believe you have been discriminated against because you took advantage of FMLA or because you are tending to certain family responsibilities, you will need an attorney to help you sort through the complex maze of state and federal laws that extend protection to you.

More Employees are Suing Over Family-Leave Discrimination. Here’s What You Need to Know, June 14, 2016, By Tom Spiggle, The Huffington Post