A supermarket chain has agreed to pay nearly $3 million to settle a class action California pregnancy discrimination lawsuit for its refusal to allow pregnant workers to go on light duty – something it allowed other temporarily disabled workers to do. 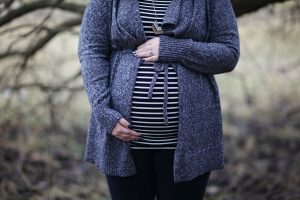 As our Orange County pregnancy discrimination lawyers can explain, both federal and state law provides protection for pregnant workers. The federal Pregnancy Discrimination Act requires employers to treat women affected by pregnancy or related medical conditions the same way they would non-pregnant workers or applicants who have a similar ability/inability to work. The California Fair Employment and Housing Act prohibits discrimination on the basis of gender – which includes pregnancy, childbirth and related conditions. FEHA also requires employers to provide reasonable accommodation for a known physical disability of an employee unless they can show doing so would create an undue hardship.

Reasonable accommodations can include:

Modification usually involve certain “light duty” restrictions, such as no heavy lifting or exposure to dangerous chemicals. Employers are not allowed to reduce a worker’s salary for pregnancy-related discrimination.

The federal Family and Medical Leave Act (FMLA) gives pregnant workers up to 12 weeks of unpaid time off for things like prenatal care, work restrictions based on medical conditions (this includes morning sickness) and parental leave. There is also the California Family Rights Act (CFRA) which has similar requirements as FMLA, but gives up to four months of leave instead of just three.

In the case against a California supermarket chain, the lead plaintiff alleged that after informing her bosses she was pregnant, she began to notice a shift in her manager’s attitude and behavior toward her. In one instance, she was told she would not be pitied just because she was with child. The manager also told her pregnancy was not a condition for which the company extended accommodation.

Still, she filed an accommodation request anyway, including a doctor’s note indicating that she could work full time, but only with certain accommodations. That request was denied. The company then placed her on unpaid leave. All the while this was going on, store had a program that allowed employees injured on-the-job the chance for modified duties and even an altered schedule for up to six weeks – something denied to pregnant workers.

The class action lawsuit was filed on behalf of all workers for the store who took a pregnancy-related leave of absence between late 2012 and mid-2015 (more than 300 women in all).

Pregnant Workers in California Have Rights

The multi-million dollar settlement is a good example of how companies end up paying more in the long run when they engage in pregnancy discrimination.

If you believe you have been discriminated against because of your pregnancy, our Orange County employment lawyers can help.