The 1963 Equal Pay Act mandates that employers must provide equal pay for equal work. The express purpose was to eliminate the practice of paying women less simply because of their gender. The law does allow employers to offer an affirmative defense to the law if they can show that some factor other than one’s gender played a role in lower pay. The question recently before the U.S. Court of Appeals for the Ninth Circuit in Rizo v. Yovino was whether a California math teacher/consultant’s past salary qualified as a “factor other than sex” that allowed the school district to legally pay her less than her male counterparts. On remand from the U.S. Supreme Court, the appellate court ruled that it is not. 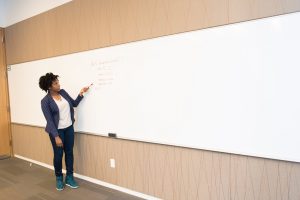 In other words, the school district can’t use one’s prior salary as an excuse to pay them less. The court ruled that to allow employers to pay workers less solely based on the pay of a previous employer would essentially defeat the purpose of the federal Equal Pay law and perpetuate gender inequities in pay. As our Los Angeles equal pay lawyers can explain, fact that women have been paid less ion the past isn’t justification to continue paying them less.

Several other federal appellate courts have held that if defendants in an equal pay case present a “factor other than sex” defense, that factor has to be job-related. Only one court, the U.S. Court of Appeals for the Seventh Circuit, has held that the defense can involve any number of essentially limitless other factors, so long as none of them involves the employee’s gender.

In this case, the school district established new employees’ salaries according to a pay schedule that indicated a dozen different salary levels, each corresponding to different jobs. The calculation included each employee’s previous pay. The calculation for plaintiff’s salary was a little more than $62,000. One day while having lunch with co-workers, plaintiff learned that a newly-hired math teacher was assigned a starting salary of $79,000 – significantly more than she was making even though she had more education, experience and time with the school district.

She soon learned that all of her male co-workers were earning more pay than her, regardless of experience and education. She took this concern to human resources, who indicated the salary policy was applied the same across the board, regardless of an employee’s gender.

She filed a complaint alleging a violation of the federal Equal Pay Act as well as gender discrimination and failure to prevent discrimination under the state’s Fair Employment and Housing Act.

The school district sought summary judgment. While not denying plaintiff had established she was paid less than her male colleagues or that there had been an Equal Pay Act violation, the school district argued that her previous pay constituted a factor other than sex that defeated her claim.

The district court denied the school district’s summary judgment motion, holding that a pay structure based on prior pay was inherently fraught with the risk and perhaps even the certainty that wage disparities would be perpetuated. The Ninth Circuit determined nothing in the Equal Pay Act expressly prohibits consideration of an employee’s previous salary, as long as this information was used to reasonably advance an acceptable business reason for the salary. However, that opinion was vacated by the U.S. Supreme Court for procedural reasons. On remand, the Ninth Circuit affirmed the order denying the summary judgment motion.