A number of civil rights and employment lawsuits filed over the last handful of years have accused fashion industry powerhouses of discriminating against workers on the basis of race. Among them, two employees at high-end retail shops in California say they were treated poorly by management because of their race, and that black shoppers who weren’t celebrities were identified by code so that employees could monitor them more closely than other shoppers. Those cases, against Versace and Moschino, were later settled out-of-court. 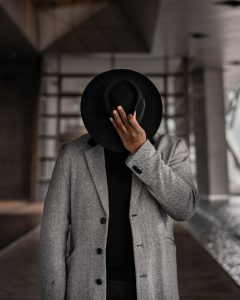 There have also been numerous recent incidents of reported racial insensitivity within the industry, including:

Many think pieces have been published regarding rampant racism within the fashion industry. Although some companies are making an effort to diversify the models, people who work in the industry say the effort has to go beyond that to really mean something and address the racial undercurrents that are reflected in from the runway to the retailers.

In one of the California racial discrimination lawsuits, an employee accused Moschino and a regional manager of ongoing harassment based both on her status as black and a Haitian American. She alleged the manager repeatedly called her names, yelled at and berated her. The Italian company denied the claims filed under California law and raised a number of affirmative defenses, saying it took reasonable care to both prevent and promptly address claims of harassment, discrimination and retaliation. The employee in that case, the company said, did not take advantage of the corrective opportunities extended.

That case was settled quietly last year, as was the Northern California class action racial discrimination case against Versace. Neither company admitted to wrongdoing.

Unlawful employment practices that may constitute racial discrimination can include refusing to hire someone, refusing to select a person for training, paying someone less, denying benefits or privileges of employment or firing someone.

If employees are harassed by co-workers or someone other than a supervisor, the company can be held liable for racial discrimination if the company knew about it and failed to take action to stop it. That means such incidents must be reported and documented to management.

Prada just reached a settlement after its 2018 blackface controversy that’ll mandate ‘racial equity training’ for employees — including the C-suite in Milan. But for some, that’s not enough., Feb. 26, 2020, By Dominic-Madori Davis, Business Insider