In the president’s budget for fiscal year 2015 he has promised that more money will be invested in the training of federal employees. The goal is to provide more and better training so that workers can improve upon existing skills. 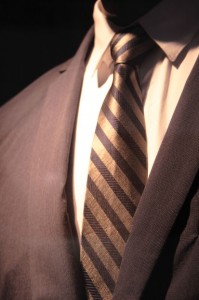 Our Costa Mesa employment lawyers know this decision may help a lot of workers but it could also reduce the number of retaliation and discrimination complaint filed against the government, even if it does not reduce incidents of discrimination.

As part of the new budget plan, the Office of Personnel Management would receive more funding to create a better program for new senior executive service workers. In addition, the administration stated that it is cooperating with labor groups to improve hiring and exploring new ways to retain and recruit individuals with the talents and skills necessary to excel in the workplace.

Although research shows training federal workers may reduce the number of complaints filed against the government, it does not mean there are less instances of discrimination occurring. A major problem with this program is that it continues to deny the reality that race discrimination and retaliation for whistle blowing are both significant issues for federal employees. The Notification and Federal Employee Anti-Discrimination and Retaliation Act of 2002 was passed with the intention of reducing the number of work place discrimination occurrences in the federal government by forcing various agencies to be held more accountable for their actions. Unfortunately, federal managers continue to discriminate.

Discrimination in the workplace based on national origin, ethnicity, color and/or race is against the law in California and under federal statutes.

Discriminating on the basis of race is a illegal in various employment practices including working conditions, promotions, transfers, hiring decisions, applications and interviews, and even advertisements for positions or work programs.

It is also illegal to discriminate based on association with individuals of a particular race.

Often times the purpose of the policy may not be to cause a detriment to a particular class, the policy may just have that effect. Typically a desperate impact case is proven to the use of that statistical evidence.