A recent study by Princeton researchers seems to indicate that age discrimination is more prevalent than we might have otherwise believed. 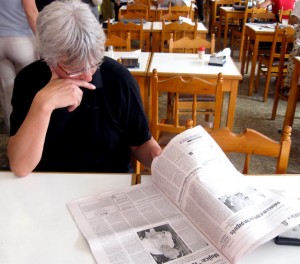 Our Costa Mesa age discrimination attorneys understand that the study authors gathered some 140 undergraduate students. The students were told this person would be their partner in a trivia contest.

The man was white, with average attractiveness, wore average clothing and was reportedly from a mid-sized city in New Jersey.

What the students weren’t told was that there were three different versions of “Max.” One was 25, the second was 45 and the third was 75. Every time, “Max” confirmed to the same script, with one exception. In half the cases, each “Max” indicated he shared his money with relatives. In the other half of cases, “Max” said he never felt an obligation to share his money with those closest to him.

Later, students were asked to rate their opinion of “Max.” What they found was that when “Max” was 25 or 45, it didn’t matter how he had answered this earlier question. It didn’t affect students’ opinions of him. However, when the oldest version of Max indicated that he didn’t share money with family, he was given a high negative rating.

These kinds of biases, no matter how subtle or blatant, inevitably translate into the work world, where a growing number of employees are getting older. Many baby boomers are opting to stay in the work force longer, and generational clashes are becoming more common.

One researcher was quoted as saying that if a worker wants to be an “aging gray panther” and be an outspoken employee, he or she should accept that there might be professional consequences.

Of course, this is inherently unfair. But the reality is, age discrimination tends to be tougher to identify than sex or race discrimination. For example, black workers and female workers have an extended history during which they were not paid as well as their white male counterparts. However, with older workers, it can be tough to tell. Even those who may have been unfairly demoted or passed up for a promotion due to their age might still be earning more than their younger co-workers.

And of course, not many employers are going to come right out and say that the reason for the negative employment action is because of a worker’s advanced age.

Still, we know that such discrimination exists. Just look at unemployment figures. If an older woman or man is laid off, it will generally take six months longer for them to find a job than it will for younger workers, according to the U.S. Bureau of Labor Statistics. And even then, whatever job they land is more likely to pay less.

In a lot of cases, older workers landed an interview when employers were impressed with the extensive experience on their resume. However, when they walked into the office, employers say wrinkles and graying hair and never asked them back for a second interview.

Was it age discrimination? Probably. Can you prove it? That’s usually a tougher question to answer.

It’s gotten even tougher since the 2009 U.S. Supreme Court case of Gross v. FBL Financial Services. Prior to that, workers only had to show age discrimination was a factor in the negative action. Now, they have to show it was the determining factor.

But just because it can be an uphill battle doesn’t mean it isn’t a worthwhile one. We can help you determine the strength of your case.

Costa Mesa age discrimination lawsuits can be filed with the help of the Nassiri Law Group, practicing in Orange County, Riverside and Los Angeles. Call 949.375.4734.