A federal trial is pending in a case of alleged disability discrimination by the nation’s highest law enforcement agency, the Federal Bureau of Investigations. 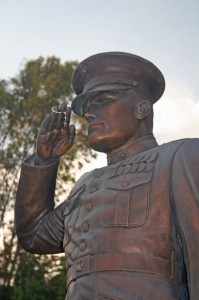 In the case of Slaby v. Holder, U.S. District Court for the District of Columbia, a wounded U.S. Army veteran is suing the FBI for disability discrimination after it denied him status as a special agent.

According to court records, the plaintiff, Justin Slaby, had his left hand blown off by a defective grenade in 2004, during a training accident. He was subsequently outfitted with a prosthetic hand, which allowed him full function of his extremities.

The 30-year-old applied for a job in January 2011 to become an FBI special agent and even passed the fitness test. He reported for training in Quantico, ready for duty. However, his trainers ultimately determined that the prosthetic hand would be a barrier to his ability to properly do the job. Specifically, they concluded, he would not be able to hold down a suspect in the midst of a search or to fire a gun in a proper manner, if necessary.

The case has put attorneys for the federal government in the uncomfortable position of having to go on the offensive against a person they described in court documents as someone whose professional dedication and patriotism are beyond reproach.

The plaintiff’s attorneys say that although instructors were concerned about his ability to fire a gun with his left hand, he had developed an effective technique to allow him to do so. One instructor allegedly remarked, “What’s next? Guys in wheelchairs?”

The FBI ultimately placed him on “medical recycle” status, saying they needed to suspend his training until a more effective prosthetic could be developed by researchers.

The plaintiff subsequently landed a job within the agency’s critical incident response group.

At issue in this case is whether the plaintiff is physically able to fire a gun with his left hand and also whether that should be a required skill in the first place. The plaintiff’s lawyers maintain that other agents who have suffered similar injuries have been allowed to stay on the job. What’s more, even agents who aren’t injured aren’t able to accurately fire a weapon with their non-dominant hand. Yet, they are not forced off the job. Weak-hand shooting, the plaintiff’s lawyers say, isn’t a core job function. In fact, it’s something that should be avoided if at all possible.

The U.S. Equal Employment Opportunity Commission reports that in recent years, these kinds of cases have spiked, as returning soldiers with service-related disabilities have returned from war seeking employment. In all, about 25 percent of all recent military veterans have some type of service-connected disability, as compared to 13 percent of all veterans.

Some of the most common injuries include:

There are a number of laws at the federal level that protect disabled veterans looking for jobs. Those include the Americans with Disabilities Act, as well as the Uniformed Services Employment and Reemployment Rights Act.

Those individuals with military disability ratings are likely covered by the Americans with Disabilities Act, even though the standard is slightly different.

If you are a disabled veteran and believe you have been discriminated against, we can help.