Few corporate arenas are immune from ageism and age discrimination in the workforce, but sales and retail settings are known to be some of the worst offenders. 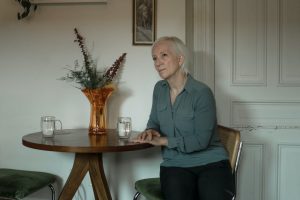 Recently, Reuters reported a federal class action age discrimination lawsuit had been filed against a drug maker, alleging the company only advertises its sales representative positions through college campus recruitment programs, and then fill the jobs with younger workers who were typically brought on initially as interns.

Plaintiffs allege the drug manufacturer is in violation the Age Discrimination and Employment Act, a federal law, as well as comparable state-level laws, which shield workers who are over the age of 40. In this case, workers in this protected age group were either deterred from filing for sales representative jobs or applied unsuccessfully, despite being more qualified than the younger individuals who were ultimately hired.

The company denies that managers were allegedly instructed to “not even bother” submitting candidates over 30 for consideration in sales position. Plaintiffs allege the company adopted hiring quotas about five years ago with the intention of packing their sales force with “early career professionals.” That’s a nice way of saying discriminating against older workers.

Qualified, older applicants were reportedly never even considered for jobs, if they even learned of openings at all because all advertising was geared toward the younger workers. Managers were given performance evaluations that hinged in part whether they could meet the hiring quotas. Complainants, applicants aged 55 and 49, say supervisors had to get approval from the company’s upper crust to hire older workers. Plaintiffs in Grimes v. Eli Lilly and Co say they were qualified and did well in their interviews, but were ultimately passed over for sales positions by younger, less qualified workers.

The “Open Secret” of Age Discrimination in California Workplaces

Ageism and age discrimination is a rampant issue in employment, one many people witness, but few acknowledge and even fewer take a stand against. According to one survey by the AARP, a quarter of workers over the age of 45 say they’ve been the subject of negative comments from coworkers and supervisors regarding their age. Three-fifths of older workers say they have either seen or experienced age discrimination. Three-fourths assert that age discrimination has been a significant obstacle in landing a new job. Many are pushed out of their positions prematurely, and 9 in 10 never end up earning as much as they did before.

Our Los Angeles age discrimination lawyers know the impact of this is serious. We live in a society where nearly one-third of households are headed by someone over 55 with no pension or retirement savings. They must continue working to support themselves, and sometimes their spouses, and dependent children. But when they are boxed out of jobs for which they are qualified due to ageism, they may be looking at only unskilled, minimum wage jobs.

It’s important to push back on age discrimination with legal remedies where it is possible because holding companies financially accountable for this conduct lessens the chances it will be perpetuated.