When it comes to California employment discrimination lawsuits alleging wrongful termination, a common defense is the “mixed motive.” That is, even where discrimination is a deemed a substantial motivating factor in firing someone, employers cans still effectively defend themselves if they can successfully argue the outcome would have been the same absent any such discrimination. In that situation, as it was in the 2013 case of Wynona Harris v. City of Santa Monica, employees may not be entitled to damages, back pay, or an order of restatement (often the primary relief many seek), though they may still be entitled to injunctive and declaratory relief, as well as compensation for reasonable attorneys’ fees and costs. 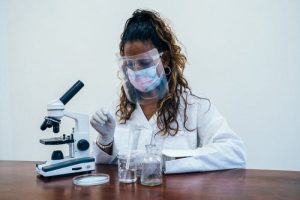 The high proof burdens in these employment law cases are one of the primary reasons we urge anyone considering a  claim for discrimination, harassment, wrongful termination, and/or retaliation, will work only with a highly experienced and skilled Los Angeles employment attorney with a track record of success in similar cases.

Recently, a similar case arose from an allegation of racial discrimination by a former scientist with the UCLA Medical Center. She alleged on-the-job, race-based harassment – which she did prove. In fact, jurors had previously awarded her $1.5 million in damages. However, in a review by a California Court of Appeals, the panel held that because the plaintiff was fired for legitimate reasons (notwithstanding race discrimination as a substantial motivating factor), the claimant’s damage award was reduced by more than $275,000.

As our L.A. racial discrimination lawyers can explain, the California Fair Employment and Housing Act (FEHA) holds that discrimination, retaliation, and harassment are separate wrongs, even if for the employee, it all appears connected. Each element of unlawful conduct has its own remedy. In the UCLA case, Birden v. The Regents of the University of California, the court held, a damage award for racial discrimination is only justified if that harassment ended with the employee losing his or her job.

Although she did present evidence at trial that she was harassed on the basis of her race by her colleagues, she did not show that this harassment caused her to miss work or lose earnings. Because her firing itself was lawful, the appellate court ruled, she was not entitled to the economic and non-economic damages she sought for wrongful termination.

In its ruling, the appellate court rejected plaintiff’s assertion that she should be entitled to all damages, including wage losses, in a FEHA harassment case. Wage losses can only be collected in a harassment case, the court held, if the harassment resulted in the employee’s no longer working for the employer.

One example cited by the court was when a worker went on medical leave after many years of severe, pervasive harassment on the basis of sexual orientation. In that case, he never returned to work, and the court held that but for the harassment, he would have been able to continue his work, and thus lost wage damages could be justly awarded. But if one’s firing is lawful and unrelated to the unlawful harassment, lost wages may be awarded.

It should be noted that despite the damage award reduction, plaintiff still received $1.3 million for the racial harassment she endured at work. Companies can be held accountable for failing to maintain a harassment-free job environment.