In a major victory for workers in California, state lawmakers passed the “Silenced No More Act,” granting workers who have suffered harassment or discrimination on-the-job to speak freely about it – even if they previously signed a non-disclosure agreement. Not only is this excellent news for those who have been directly impacted, but the effect is that secret settlements are no effectively barred. 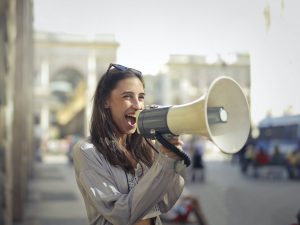 The measure, Senate Bill 331, amends Section 12964.5 of the Government Code, relating to civil actions. Specifically, it imbues workers with the right to discuss the abuse, harassment, and discrimination they endured at work. As our Los Angeles employment lawyers can explain, it also expands a previous prohibition on nondisparagement and confidentiality clauses that were overly broad.

The governor still has the option to veto, but if he signs it, the law will take effect at the start of 2022.

A similar bill that previously became law in 2018 gave workers the right to discuss sexual harassment and gender-based workplace discrimination. This new measure extends the same protections to those who have experienced harassment and discrimination on the basis of race, age, or disability.

The measure was co-sponsored by equal rights advocates, the Equal Rights Advocates, the California Employment Lawyers’ Association, and a former Pinterest Inc. executive who accused the company of gender bias, racial discrimination, and retaliation. The latter of those was quoted as saying that this measure will allow discriminated workers to “turn pain into progress.”

The Long Overdue Death of NDAs

If the California governor does sign this measure, it will be the result of a long, arduous effort to do away with non-disclosure agreements and non-disparagement agreements in employment law and lawsuit settlements.

NDAs are still common in many states, but they represent a clear effort by employers to keep misconduct shielded from public scrutiny. The hope with these new laws is that employees will no longer be legally compelled to stay mum about their mistreatment. When details of abusive work environments are no longer shoved into a closet, perpetrators are held to account publicly, ultimately (hopefully) preventing them from engaging in such conduct in the future.

As a longtime employment lawyer, I will be interested to see how these measures will impact the ability of workers to negotiate more advantageous settlements in California employment discrimination cases. In the early stages of a case, the prospect of public disclosure of such a claim can be used as leverage. Companies have a vested interest in avoiding disclosures that could be embarrassing or cast them in a light that is contrary to their public ethos. It’s one of the reasons a company may decide to quickly settle. On the other hand, voiding NDAs as a matter of law ensures companies can’t sweep years of bad conduct and toxic work culture under a rug with little to no public accountability.

The one downside to the Silenced No More and STAND (the previous law that passed prohibiting NDAs in sexual harassment cases) is that they are limited to California. It’s our hope to see both of these measures influence not only national conversation but action. Already, several other states have enacted some version of STAND, limiting non-disclosure agreements in sexual harassment cases.

If you have been the victim of workplace harassment in Southern California, we can help.

California bill would expand protections for workers to speak out about harassment or discrimination, Feb. 21, 2021, By Levi Sumagaysay, MarketWatch