The federal Equal Employment Opportunity Commission is coming down hard on professional services firm Price Waterhouse Coopers, insisting that the large company do away with its mandatory partner retirement age policies. 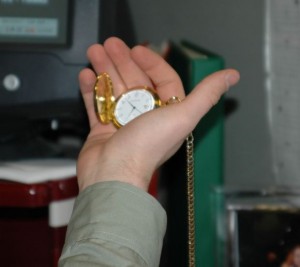 Our Costa Mesa age discrimination attorneys know it’s not the first time the government has taken aim at the firm for this practice, which would impact some 60 partners. The EEOC contends that such policy is discriminatory. However, it has not, even up to this point, taken any legal action to strong-arm the firm into compliance, though it has started to fire off similar warning shots to other large accounting firms, such as KPMG and Deloitte.

In response, the American Institute of Certified Public Accountants has warned the EEOC to back off, contending that the polices are legal because they are applicable only to partners, and not employees. However, the EEOC maintains those workers are in fact employees.

So for now, the issue is somewhat open-ended, though it’s a question that up until this point has been relatively confined to the accounting industry.

The thing is, there are many companies, mostly financial firms, that do have mandatory partner retirement age policies. If the EEOC does file a lawsuit in one of these cases and is successful, it could set a new precedent.

What is clear as of right now is that, per federal law, mandatory retirement age policies are illegal when applied to employees.

The question then becomes: Who is an employee?

If you ask the EEOC, the partners at PwC do qualify as employees, which would mean the company is in violation of the 1967 Age Discrimination Employment Act. Although EEOC representatives have declined media requests for further information, in response to a PwC requests for clarification on who is an employee and who isn’t, the government referred to the 2003 U.S. Supreme Court decision in Clackamas Gastroenterology v. Wells. The question of whether the person is an employee, the EEOC contends, is answered by weighing the following:

These are fairly open-ended questions, and there are no hard-and-fast answers. This kind of ambiguity means that anyone who is subject to a mandatory retirement policy should consider having that policy thoroughly reviewed by an experienced employment attorney.

In some cases, even if a “partner” signs a contract legally waiving their rights under employment law protection, if they are receiving employee-like compensation, that contract may ultimately be meaningless.

That’s the argument with the PwC partners, who accept the terms of a partnership agreement – which include that mandatory age requirement clause – and are subsequently well-compensated for it, to the average tune of about seven figures.

Still, any age limits with regard to employment set a company on a slippery legal slope.

Costa Mesa age discrimination lawsuits can be filed with the help of the Nassiri Law Group, practicing in Orange County, Riverside and Los Angeles. Call 949.375.4734.