Southern California employment law attorneys know there have been a series of lawsuits arising from the misclassification of workers as contractors instead of as employees. Now, Engadget indicates that drivers who work for Amazon.com have joined the list of workers who believe they were incorrectly classified as independent contractors, thus receiving none of the workplace protections and employee benefits that they deserve. 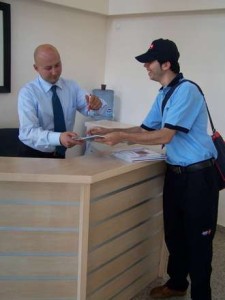 Four drivers who worked for Prime Now have filed the initial claims against Amazon, and more may pursue claims as the drivers seek class action status following a September ruling by a judge allowing three Uber drivers to file class action litigation.

The drivers who are suing Amazon helped the company to fulfill its one-hour delivery promise, which is part of Amazon’s Prime Now service. Customers in certain marketplaces, including in major cities in Southern California, are able to place orders and have their items delivered to their doors within the hour. Amazon uses contract workers to do the deliveries so customers get the goods on time. The problem is, these contract workers who are doing the driving are claiming they were misclassified and are claiming Amazon should have treated them as employees and provided all of the benefits inherent in the employment relationship.

The drivers point to several key factors indicating they were employees, rather than independent contractors. For example, the plaintiffs were required to work regular shifts six or seven days per week, were required to wear official company uniforms, and were not permitted to refuse deliveries.

There are multiple different criteria used to determine if a worker is an independent contractor or an employee, and the degree of control over the work environment an employee has is one of the most relevant considerations. In this case, the drivers had very little control over when and how they worked, with Amazon telling them when they had to deliver and what they had to wear while doing it.

One of the drivers, who delivered packages full time for Amazon’s service between the 10th of September and the 5th of October, indicated he was promised $11 per hour for his work, plus an additional $2.50 flat fee for each delivery, plus tips from customers. However, he does not believe he has gotten what was promised. In September, he had to sign a new contract with Amazon eliminating the $2.50 delivery fee. He also does not see an accounting of the tips paid to him.

This driver, and the other workers who are pursuing litigation, believe they should have been entitled to overtime pay, as well as to other benefits including lunch breaks and paid leave. Instead, the workers were forced to pay for gas out of their own pockets and had to use their own cars to conduct the deliveries for Amazon. The workers involved in the litigation also claim in their lawsuit that Amazon withheld tips and did not pay tip money to its Prime Now drivers when customers put driver tips on their credit card.

Courts have been trending towards allowing workers classified as independent contractors to make a case in class action litigation to show they have been treated unfairly. It remains to be seen if the Amazon employees will be able to successfully argue that they were really employees and entitled to all of the benefits that employment entails.