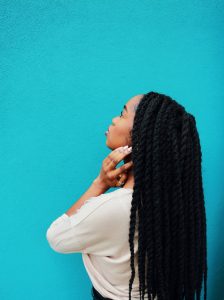 In that case, EEOC v. Catastrophe Management Solutions, plaintiff, a black woman who wore her hair in dreadlocks, applied for a job at a call center, one in which no direct public contact would be required. Nonetheless, the company told the woman she would need to cut her dreadlocks because the company grooming policy prohibited “excessive hairstyles or unusual colors.” The applicant refused to cut her hair, the job offer was rescinded and she sued for racial discrimination in employment. The appellate panel, ruling in the employer’s favor, decided that protections under federal Title VII doesn’t extend to one’s hairstyle, which the court held is associated with culture and other traits as opposed to the “immutable physical characteristic” by which race is defined. The court did question why the EEOC didn’t pursue this as a disparate action claim (i.e., the policy may be race-neutral, but can have a discriminatory impact on a protected individual or group of people). That leaves the door open for the possibility that a successful claim within that circuit could be pursued.

The 11th Circuit’s ruling also appears to directly contradict the U.S. Supreme Court’s 1989 decision in Price Waterhouse v. Hopkins, in which the court ruled federal civil rights law barred discrimination on the basis of stereotypes – regardless of whether the stereotype in question involves a trait that is immutable. (That case specifically dealt with gender discrimination and a woman denied upward professional mobility for – in the employer’s view – not wearing enough makeup or walking/talking more femininely. The court held the policy wan’t a legitimately non-discriminatory basis on which to deny plaintiff a promotion, but rather a pretext that disguised gender discrimination.)

California Sen. Holly Mitchell, D- Los Angeles, seeks to address the issue with Senate Bill 188, which would add to the list of protected characteristics listed in the California Fair Employment and Housing Act “hairstyle or hair texture.” This could provide the kind of explicit statutory protection necessary to address racial discrimination effected by way of one’s hair.

Unfortunately, such protections won’t apply everywhere until the legislature or SCOTUS clarifies.

Earlier this month, it was reported that an award-winning local television journalist in Mississippi filed EEOC complaints against her broadcast employer of several years for alleged racial discrimination for wearing her hair naturally. She chemically-straightened her hair for the first several years of employment before asking if she could wear it naturally. Her supervisor agreed, but later informed her she needed to go back to chemical straighteners, allegedly saying her natural hair was “unprofessional” and akin to him throwing on a baseball cap. He added viewers “need to see a beauty queen.” (This was in addition to other alleged acts of racial discrimination, such as reportedly refusing to have two black news anchors on simultaneously because it “didn’t project the proper image.”)

Los Angeles racial discrimination attorneys know this is by no means a new issue. It was 2017 by the U.S. Army revised AR 670-1 its grooming and appearance policy to expressly allow “locs and twists,” (which had affected some 26,000 black servicewomen) as the U.S. Marine Corps. did in 2015. In 2014, prior to both decisions, the two authors of, “Hair Story: Untangling the Roots of Black Hair in America,” wrote in a New York Times editorial that, “The bias against black hair is as old as America itself,”from the 18th century colonists who referred to African hair as sheep’s wool to the marginally better treatment of those enslaved and free blacks whose hair and skin tone more reflected European ancestry.  Last year, ACLU senior staff attorney Ria Tabacco Mar wrote in another opinion-editorial column on black hair bias in which she recalled a law school classmate complimenting her on professional attire nonetheless stated she could “never look really professional” with her hair in dreadlocks.

“When it comes to hair, only black people and multiracial people of African descent are punished when they choose to wear styles consistent with their natural hair texture,” adding that to apply the same standard to white workers – particularly one that requires alteration of hair texture through a process that is expensive, time-consuming and exposes one to repeated use of harsh chemicals.

This disparity is precisely the basis of SB 188, which if passed would define race as “inclusive of traits historically associated with race, including, but not limited to, hair texture and protective hairstyles,” the latter explained as hairstyles like braids, twists and locks.

If you believe you have been the victim of Los Angeles racial discrimination at work, our employment lawyers offer free initial consultations to help you identify your potential legal options.

Black Women Speak Up About Their Struggles Wearing Natural Hair In The Workplace, Feb. 7, 2018, By Siraad Dirshe, Essence Magazine