A California racial discrimination lawsuit alleges wrongful termination after a public service bus driver was placed on leave and then fired soon after filing a grievance against a passenger who reportedly made violent, racist statement toward the driver. 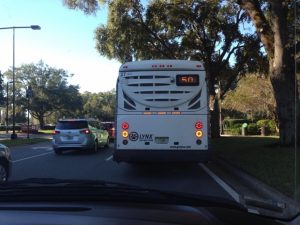 Similar cases have been cropping up across the country, calling into question the age-old adage, “The customer is always right.” But if the customer is sexist or racist or abusive or violent, Orange County employment attorneys know companies have a legal responsibility to protect their employees from a toxic work environment. That include discriminatory actions of customers that go unchecked.

Another alleged case out of New York involved a large chain store worker and “cashier of the month” (who is also black) was fired for defending himself when a customer (upset for being told to leash his dog) told him he belonged in the ghetto, wouldn’t have a job if not for the current president, swore at the employee and called the former president a Muslim. The worker responded by saying the customer wouldn’t be speaking to him that way if they weren’t at his place of employment. The company said his firing was the result of the worker’s “failure to disengage and alert management about a customer confrontation.” However, a few days after The Washington Post published a story, the company backtracked and said they’d rescind the termination and offer back pay. But the worker didn’t want it, saying the environment at the company had become toxic. It’s also plausible he’ll receive more in a racial discrimination employment lawsuit.

In the case of the bus driver in Contra Costa, the East Bay Times reports the County Connection transit system wrongfully terminated him after he, a black man, reported an incident wherein a rider hurled racial epithets at him and made threats on his life. The worker said this rider had proven a problem, had been kicked off his (and other buses) previously for similar actions. Those were not investigated by the transit authority, according to plaintiff’s employment lawsuit. In the last incident, one year ago, the driver pulled the bus over mid-ride, called his supervisor, told him he did not feel safe and asked his boss to call police. After the incident, the man reportedly told his supervisor he was shaken and could not return to wok that day. He took two days of sick leave, returned to speak with his manager, asked that the transit authority take action to prevent them and keep workers safe. Management made promises to investigate, but according to plaintiff, did not. The worker was then placed on administrative leave and formally fired three weeks later.

A Title VI Civil Rights Report generated by the county this spring indicates no complaints of discrimination by passengers or lawsuits had been filed between March 2015 to March 2018. Plaintiff in this racial discrimination lawsuit alleges his civil rights were violated due to discrimination in employment and that the transit authority has paid nearly half a million dollars in the last decade to resolve four claims of discrimination, harassment and wrongful termination.

Orange County racial discrimination employment lawyers recognize there several types of damages one can secure in a successful claim or lawsuit. These include:

A claim that prevails can also have other remedies, such as regaining one’s previous position, recovery of costs associated with bringing the lawsuit (i.e., attorney fees and court costs) and, in some instances, punitive damages.

Our employment attorneys look forward to answering your questions on wrongful termination and whether you have a viable claim.