Bluestein v. Cent. WI Anesthesiology, S.C, an appeal from the United States Court of Appeals for the Seventh Circuit, involved an anesthesiologist who sued her employer for wrongful termination under Title VII of the Civil Rights act of 1964, the Rehabilitation act of 1973, and the Americans with Disabilities Act (ADA).
Plaintiff’s employer was technically a service organization formed to engage in providing anesthesia services. She was initially hired as an employee and then became a shareholder and member of the company board of directors. In addition to her work as a physician, plaintiff was elected to be the treasurer of the organization. 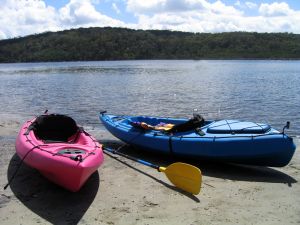 Originally, plaintiff was working in a part-time capacity but then switched to working up to 90 percent time providing anesthesia services. After five years of working nearly full-time, she was injured in a kayak accident. Her injuries and resulting conditions included ischiogluteal bursitis, proximal hamstring endiopathy, and several other neurological issues.
These medical conditions made it extremely difficult for her to work, and she took board-approved leave over the next several months but was not able to return to work at her previous level or hours per week. At this point, she sent a letter to board members telling them that she was continuing to suffer from her injury and that her treating physician recommended she take an indefinite medical leave to obtain necessary treatment while not making her condition worse. She then apologized for any inconvenience this caused to her fellow board members.

The board voted to deny this request and considered two alternative options. She could either take four months of leave, and if she could not return at that point, she would be terminated, or she would be terminated within two weeks of this meeting, provided she did not voluntarily resign first. After considering both options, the majority of the board voted to choose the second option, which did not provide for any medical leave. When she did not resign by the mandated deadline, the board terminated her employment, effective immediately.

As our Orange County disability discrimination lawyers can explain, and employer cannot simply fire someone because they are disabled in many situations.

However, the reason her many claims were ultimately dismissed after defendant file a motion for summary judgment, a decision that was later affirmed by the appellate court, was that, in this case, she was not an employee. As a board member who participated in profit sharing from the company, she was an employer who was not entitled to protections from the various statutes that protect employees from wrongful termination based upon a disability or other discrimination.

In this particular company, the entire board consisted of treating anesthesiologists who received profit sharing from the company. The court found that, if the board were forced to provide her with indefinite medical leave, she would still be able to participate in full profit sharing and would not face the many hardships that employees suffer after being wrongfully terminated.

It should be noted that this is vastly different from the majority of cases involving wrongful termination of employees based upon discrimination.

Los Angeles employment lawsuits can be filed with assistance from the Nassiri Law Group, practicing in Los Angeles, Riverside, and Orange County. Call 949.375.4734.