Lawsuits involving allegations that an employer created a hostile work environment can involve complex litigation. In Raspardo v. Carlone, a case from the United States Court of Appeals for the Second Circuit, several employees sued the city, the police department, and five police supervisors. The claims were filed under Title VII of the Civil Rights act of 1983, alleging employment discrimination. 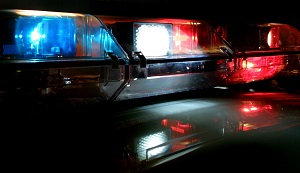 Plaintiffs were two former and one current female police officer. Plaintiffs alleged that defendants discriminated against them on the basis of sex and created a hostile work environment and treated them unequally with respect to male officers in the department.

According to court records, the individual defendants moved for summary judgment based upon qualified immunity. The District Court denied this motion.

As our employment discrimination attorneys in Orange Country can explain, qualified immunity in this context will protect state and federal employees from the burdensome process of defending a civil action in certain situations.

There were many other similar allegations of this type of behavior. There were also allegations that, when plaintiffs filed formal complaints, an investigation was not properly conducted.

The court found that some of the defendants were entitled to qualified immunity from the lawsuit, because there was no evidence that they had personally engaged in behavior that created a hostile work environment. For that reason, the court affirmed the denial in part and reversed it in part.

A lot of this case dealt with the fact that plaintiffs’ only evidence was testimony based upon their memory of events that happened a considerable amount of time ago.

One of the most important things an employee can do if he or she feels they are being discriminated against is to carefully document each and every instance of discrimination.

A good practice is to keep a journal, so each incident is documented with the date and time and persons involved. This will be of significant help to an employment discrimination lawyer during all phases of discovery, including depositions and at trial.

A witness is allowed to refresh his or her recollection of past events by looking at the journal or other documentation. This can be of great assistance in convincing a court or a jury of what exactly happened.