In a surprise move, the National Labor Relations Board reversed its own recent stance on the “joint employer rule” that determines the standard for unions and workers to hold companies accountable for the actions of contractors and franchisees. The Obama-era joint employer rule made it easier for workers and unions. A December 2017 decision by the labor board under Trump reversed that. But late last month, the board has ruled that a conflict of interest nullifies the December ruling – meaning workers will once again have an easier time holding employers accountable (for now). 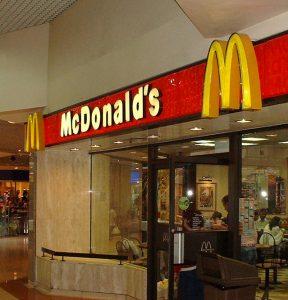 The board determined one of the members had a conflict of interest. The December ruling had indicated franchisors could only be considered a “joint employer” to a franchisee when there is evidence the franchisor exercised direct control over workers. It was an about-face from the 2015 ruling that empowered workers to pursue claim against or seek collective bargaining with major corporations that may not actually sign their paychecks. It’s not necessary to show direct control under this standard.

Major franchise owners, like McDonald’s, have a lot at stake in this decision. These companies prefer to insulate themselves from responsibility once a franchisee takes over by limiting their own liability for a franchisee’s alleged labor law violations.

This latest decision could have an effect on an NLRB case claiming McDonald’s is a joint employer of its franchisees’ employees. Settlement talks had begun as a result of the December ruling, but the Fast Food Workers Organizing Committee is calling to suspend those talks in light of the new developments.

When it comes to franchises, our Los Angeles labor law attorneys know there can sometimes be a blurred line as to whether the primary company should be held responsible for the actions of independently owned operations that rent the franchise. It seems even those who oversee labor-related issues have a difficult time agreeing given the recent back and forth. But the confusion should never be created by someone who has the interests of one side or the other.

None of these decisions fully settle the matter, though. Some are calling for Congress to define joint employment under federal law to eliminate any gray area in these cases. Mostly these critics would just like to absolve big businesses of any responsibility, though.

Our experienced lawyers are concerned first and foremost with your rights. Franchising corporations are fine with earning money off of franchisees, who use their name and represent their company’s legacy when they do well. But they want to limit any association when it comes to the tough stuff, like following labor laws and making sure those franchisees are in compliance. If you are experiencing a labor conflict in a franchised business, our lawyers can help guide you to determine who is liable. We have the know-how to build your case and help you fight for your rights. Our attorneys have experience in wrongful termination, sexual harassment, wage and hour disputes, as well as discrimination for disabilities, age, pregnancy, sexual orientation, religion, race, national origin, and gender.