In a climate where claims of sexual harassment are continually coming to the surface and stories of police wrongdoing are constantly in the news, it is refreshing to see 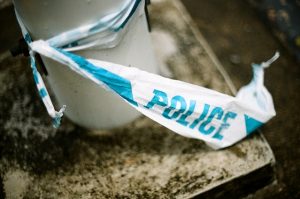 people honored who have fought to protect their rights and maintain their values.

The Asbury Park-Neptune Chapter of NAACP in New Jersey recently honored two female members of the local police officers who twice filed lawsuits as a result of sexual harassment and race discrimination they allege was taking place in their police department, according to App. Long before the New York Times‘ Harvey Weinsten expose or the popularity of #MeToo on social media, these two women were standing up when it would have been so much easier to buckle under the pressure.

Their story begins in 2013 when the two reported repeated sexual harassment and discrimination. One of the plaintiffs claim a lewd magnet was stuck to her car and in a separate instance a crass message was place on her car, a vehicle she used to visit the local high school. She also alleges that she was repeatedly not given the resources she needed to properly serve the high school, such as active shooter training and access to a tactical vehicle, both of which were given to a male resource officer for the school. Plaintiffs allege in the lawsuit instances of inappropriate conversations about pornography and personal sex lives, and crude gestures.

They also alleged in their initial lawsuit that they were also passed up for promotions and that women in the department were punished for being mothers. An investigation was opened at the time, but the findings were never formally accepted by the township committee, and therefore were never released to the public. The township did not admit wrongdoing and settled the lawsuits for $330,000 a piece and were each given a promotion.

Plaintiffs hoped things would change at the police department afterward. However, they allege the harassment intensified, and they filed a second set of lawsuits in 2016. One of the officers resigned from the force in 2017 after 11 years of service, publicly stating that “complaints about discrimination, harassment, and retaliation and my support of others opposing this unlawful conduct have resulted in unfair scrutiny of my actions and unfair disciplinary action taken against me in an effort to force me from the ranks.” Another officer has reported that he experienced unfair discipline after supporting plaintiffs during the 2013 investigation, according to another App report.

The other plaintiff, a 20-year veteran, still holds the rank of sergeant within the force.

The case is far from over, though. The president of the local NAACP chapter is pushing for the results of the 2013 investigation to be made public. Doing so will help remove speculation and potentially take some of the hearsay out of the public perception of the case.

Our Los Angeles sexual harassment lawyers praise people all over the country who are bravely coming forward to expose wrongdoings in the workplace. We represent those who have experienced all kinds of discrimination at work, including sexual discrimination, race discrimination, and gender discrimination. And we know all too often these types of claims are followed by retaliation, and we are prepared to give you the support and guidance you need to stand up against a corrupt employer.