Unpaid internships have been increasingly under scrutiny for taking advantage of new college graduates and the unemployed. Though new regulations have been implemented to help protect young workers and to hold employers accountable, it appears that interns have more at stake that just not getting paid. Due to the legal arrangements between employers and unpaid interns, it was difficult for interns to take legal action in the event of discrimination or sexual harassment. Now California legislators have passed a law to extend protections against sexual harassment to unpaid interns. Governor Jerry Brown signed a bill that was introduced by Berkeley Assembly Member, Nancy Skinner to offer legal protections to unpaid interns and volunteers against sexual harassment in the workplace. 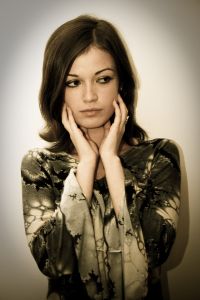 Under the new law, the 1964 Civil Rights Act will be extended to include those members of the workforce who are unpaid to prevent sexual harassment in California. The law is a step in the right direction to protect workers whose rights are undermined and mired by complicated legal definitions. Our Orange County employment law attorneys are dedicated to protecting the rights of interns and workers throughout the state of California. We are committed to staying abreast of changes in state and federal law and are prepared to take on legal action on behalf of employees.

Advocates in favor of the new sexual harassment prevention law say that it extends a basic civil right to all workers, including those who are offering their services in lieu of education or in the name of volunteerism. The California bill was introduced shortly after a federal district court in New York ruled that the Civil Rights Act does not apply to interns because they are not technically employees. The original case involved a Syracuse University student who was groped, kissed and harassed at her media company internship. The student also suffered retaliation after she refused the sexual advances of her superior.

The law makes California the third state, after New York, Oregon and D.C. to ban sexual harassment of unpaid interns in the workplace. The new California law also offers protection to prevent discrimination based on gender. According to a 2008 survey, half of all graduating college students held an internship at some point while in college. Most of the students engaging in unpaid internships are women, according to a separate 2012 survey. Advocates agree that unpaid interns should not be forced to give up their rights simply because they have also agreed to take on an internship without pay.

Unpaid interns are vulnerable because they are usually unemployed, younger than their superiors, and desperate to make a positive impression. In many cases, they may be afraid to report sexual harassment in fear of losing their position, their reputation, at the risk of retaliation when in the earliest stages of a career. Interns as well as all employees throughout California should have a clear understanding of their rights. If you or someone you love has suffered discrimination or harassment in the workplace, an experienced attorney can protect your rights, your reputation, and your future opportunities.