The Age Discrimination in Employment Act of 1967, 29 USC 621, outlaws discrimination on the basis of one’s older age. When Congress passed the law, it acknowledged that older persons were disadvantaged by companies had commonly begun setting arbitrary age limits – regardless of the potential for job performance. 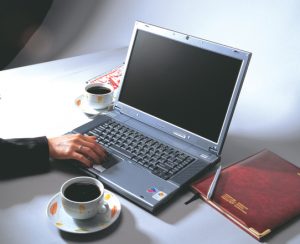 This year marks 50 since the ADEA was passed, and still, age discrimination remains a common problem – even among those companies at the forefront of our technological advances. Social media companies in particular have been accused of perpetuating a culture of age discrimination.

Recently, Facebook was once again named a defendant in an age discrimination lawsuit, this one filed by a 52-year-old man who alleged that for two years, he was constantly the target of ageist jokes. Among the common themes of this constant humiliation were that older people were “creepy,” “don’t belong” at the organization and shouldn’t be employed by the firm because they “don’t relate.” One might characterize such statements as the ill-advised but isolated remarks of a few, but that argument starts to falter when you consider the highly-publicized comments made publicly by Facebook CEO Mark Zuckerberg 10 years ago, who remarked that younger people are “just smarter.” Later, according to plaintiff’s lawsuit, a chart was displayed during a human resources presentation which showed workers in their 50s to be “low energy.”

In other presentations and remarks, plaintiff says co-workers and managers described older employees as a “poor cultural fit,” “unqualified,” “less connected,” and “less in touch” than their younger counterparts, and that these assertions were routinely emphasized in everyday interactions.

While workers in their 20s and 30s received the benefit of group celebrations and cake for life events, birthdays and more, older workers were largely ignored.

Plaintiff went on medical leave in October 2015, during which time he was accused of taking leave that was unauthorized and failing to meet performance expectations. Plaintiff alleges these allegations are false, and that he was never notified prior his termination that his performance was an issue. Further, he indicated the company offered him nearly $40,000 in exchange for releasing them of any claims he might make in the future against the firm. (As our age discrimination attorneys in Orange County can explain, this is a red flag that should be discussed with a lawyer, especially if you have other suspicions your termination was motivated by unlawful discrimination.) After plaintiff was fired, he was reportedly replaced by someone several decades his junior.

He now says he believes his firing was directly related to his vocal opposition of discriminatory employment practices against older workers. As evidence of this, he produced an email he wrote to both the CEO of the company, as well as the HR team, in which he detailed a list of incidents that supported claims of an ageist culture. However, neither Zuckerberg nor the HR department ever responded. His termination happened occurred six months later.

Facebook denies the claims, issuing a statement saying it prides itself on being an equal opportunity employer and plaintiff’s termination had nothing to do with his age or disability.

The burden of proof will be on the plaintiff to show otherwise.