California lawmakers are mulling the possibility of a bill that would protect students and workers from discrimination based on the style of one’s natural hair, including braids, afros and twists. The CROWN Act (Create a Respectful and Open Workplace for Natural Hair) would add hairstyle and texture associate with race to anti-discrimination laws in the state. 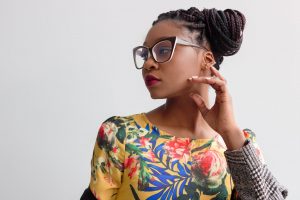 The measure, which was passed by the state Senate, now faces challenge, will now be considered by the state Assembly. The sponsor of the bill was quoted as saying that dress codes effectively banning “kinky” hair penalize African Americans for their naturally-occurring hair texture. Many black individuals – women in particular – have spent a great deal of money on chemical treatments that are both harsh and damaging in order to fit prescribed Eurocentric standard for what “professional” hair looks like.

Los Angeles race discrimination attorneys know that people who are black – as both employees and applicants – have been denied employment and promotion and even fired for the way they chose to wear their hair. Black children in schools have been made to feel embarrassed and ashamed because their natural hair was considered “unruly” or some kind of a “distraction to others.”

New York City has already expressly banned bias against black hair. Last year, a referee who forced a 16-year-old high school wrestler to either cut his natural black hair or forfeit a wrestling match sparked outrage among civil rights advocates. That referee was later banned from officiating future games while the state civil rights division and other pro-athlete organizations (this occurred in New Jersey) investigated.

Ultimately, our employment discrimination attorneys in Los Angeles know that hair is inherently tied to oneself and by extension to a person’s civil rights. It must be protected – in the workplace, in securing housing at schools and in other public spaces.

As the bill’s sponsor noted, in forcing African American workers to endure treatments that are painful, expensive and even dangerous just to conform their hair to beauty standards that failed to take into account their natural biology is ultimately exclusive, failing to consider one’s capabilities and experience but rather the way one chooses to wear their hair.

Racism in the workforce can be explicit or implicit. Hair styles and texture are one of the ways in which bias is implicit. They can say that these policies apply to “everyone,” but the reality is, they apply to those who have Afrocentric hair texture.

As noted by a recent study from Cornell University, black hair has been historically controversial when worn in its natural state, including styles like dreadlocks and cornrows. The undertone or sometimes even the explicit implication, is that these styles are unprofessional.

This is not a new issue. For instance, we saw back in 1981, a black woman employed with American Airlines was told the hairstyle was in violation of the civil rights code on racial discrimination. The federal court at the time dismissed her claim, and on top of that asserted there was no racism at play because the woman was imitating white actress Bo Derek.

If you believe you have been discriminated against at work, our experienced Los Angeles racial discrimination lawyers can help.