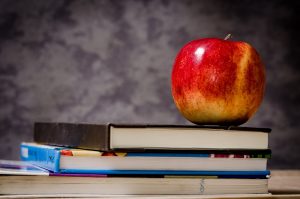 The case was filed in 2015, when the ACLU of Southern California contacted the district with allegations of a hostile learning environment for gay and lesbian students. The district has since agreed to review and alter its policies, mandating administrators and staff undergo training on discrimination and clarifying its anti-discrimination procedures and policies.

The teacher was quoted in local print and broadcast stories as saying the greatest outcome is the fact that there will now be written policies to prevent harassment and mistreatment of students and teachers on the basis of their sexuality or gender identity.

A spokesman for the school district declined comment, but did underscore the settlement was not an admission of liability. It rarely is, but LGBTQ employee discrimination attorneys in Los Angeles know it’s also rare that defendants settle these cases – particularly for such substantial sums – unless there is a more-likely-than-not chance they will lose if the case goes to trial. The school district called it strictly a “financial decision.”

Is LGBTQ Discrimination in California Really That Bad?

Many presume California is the last place we might witness LGBTQ harassment, but don’t forget: this is a large state with a wide range of social climates. One analysis by the Williams Institute UCLA School of Law found 1 in 4 gay and lesbian workers said they’d experienced employment discrimination in the last five years. What it does have (unlike the federal government) is legislation that expressly protects workers in this category.

Los Angeles was the first city in the state to offer employment protections to city employees on the basis of sexual orientation back in 1976, a right expanded to private employees three years later. In 1992, the governor signed a bill protecting all Californians from LGBTQ discrimination in the housing and employment sectors.

Federally, however, there is no law protecting gay, lesbian, bisexual and transgender workers. The EEOC has in the past indicated its interpretation that federal anti-gender discrimination provisions of the Civil Rights Act of 1965 encompasses legal benefit for these workers, but outcomes in such cases have varied by jurisdiction.

The U.S. Supreme Court has agreed it will take on this issue next term to resolve the lower-court split, CNN reported.