There are many aspects of the COVID-19 pandemic’s impact that are unprecedented in modern history. One thing that isn’t so new is the tendency for people to seek a scapegoat. During the Black Plague of the 1300s, many blamed Jews. When cholera broke out in the U.S. during the 1800s, ire turned to immigrants of Irish descent. When an epidemic of polio was spreading across the U.S., many pointed the finger at Italian immigrants. With the novel coronavirus, the scapegoat has become people of Asian descent. 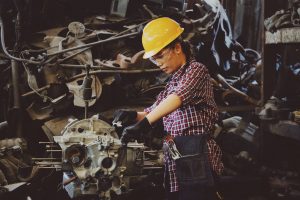 COVID-19 is believed to have originated in China, and unfortunately this has resulted in discrimination and even aggression against those with physical attributes typically attributed to people from Asia.

Los Angeles racial discrimination attorneys know there are already reports of bullying and harassment against Asian and Asian American workers. We’re are anticipating more will be reported in the weeks and months ahead. Apparently so does the Equal Employment Opportunity Commission (EEOC), which recently indicated it would be specifically tracking COVID-19-related claims. This will help create more than just anecdotal evidence of the trend.

As Forbes Magazine reported, some workers have come forth to reveal they have endured harassment from co-workers. Some employers have allegedly singled them out and requested they not report to work. An increase in racial and national origin harassment was also reported in the aftermath of the attacks on Pearl Harbor and Sept. 11th (the latter involving religious discrimination against Muslims or national origin discrimination against those from predominantly-Muslim countries).

These sentiments could also impact other American minorities, such as black and Latino workers, who are on-the-whole at higher risk of both exposure and illness. If employment policies or practices fail to provide adequate distancing, protective equipment or other accommodations that are reasonable under these circumstances, that could in turn have a disproportionate impact on these workers too.

The California-based Asian Pacific Policy and Planning Council reports cases of Asian and Asian American workers being isolated, accused of “eating a bat,” or asked not to return to work as a precautionary measure – despite not having traveled to any at-risk area or country.

When social distancing guidelines are relaxed or lifted and people start returning to the workplace, it seems likely reports of racial employment discrimination will climb. That could be anything from constant, off-color comments to being asked to work remotely when others are not to wrongful termination.

Employers have a responsibility to protect their workers from harassment – and that includes not just from co-workers, but customers and clients too.

We understand that many people are on economically unstable ground, and may fear saying anything because they can’t afford to lose their jobs and are deeply concerned about their ability to find another. Talking with a racial discrimination employment attorney about what steps you can take can prove extremely helpful in the process.

Know that anti-discrimination laws are still in place to protect you. Title VII of the Civil Rights Act of 1964 (Title VII) prohibits discrimination at work based on traits that include race and national origin. This extends not just to harassment, but hiring, firing, promotions and benefits.

Note that it is legal to take certain adverse employment action if someone has COVID-19. Employers can screen applicants and employees for symptoms, ask new hires to delay a start date if he/she has tested positive or is suspected of having it, or even decline to hire an applicant because their COVID-19 diagnosis or self-quarantine means they can’t start work as soon as needed. Recent travel history isn’t a protected status either. But the question will be whether the decision is made based on symptoms or risk of contagious illness rather than someone’s national origin or race.