Claims for pregnancy discrimination are spiking across the country, according to the U.S. Equal Employment Opportunity Commission. Last year, the agency filed 3,000 claims of pregnancy discrimination nationally. More than $22 million in payouts for those claims were ultimately paid, which is a more than 30 percent increase in the annual average ($17 million) recorded over the last decade. 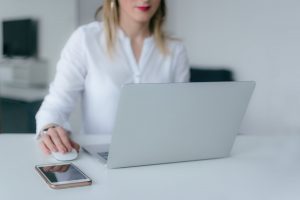 Our Los Angeles pregnancy discrimination attorneys would point out too that this doesn’t even include pregnancy discrimination cases that are resolved through litigation in court. Some of those outcomes have been substantial, such as the $185 million California pregnancy discrimination damages awarded to a plaintiff in San Diego who was demoted and then later fired from her retail position after informing her boss she was pregnant. The company insisted she was fired for misplacing money, but a jury found that reasoning to be pretextual (an excuse) and decided the case in her favor.

That was in 2014, and the number of claims and payouts has been steadily rising ever since. A big part of the problem is too many employers still are apparently failing to grasp what their responsibilities are under state and federal gender discrimination laws pertaining to pregnancy. They do what they may feel is expedient for the company financially without fully examining the legality and potential repercussions. Also, employees are becoming increasingly aware of their legal rights – particularly with the cultural influence of the #metoo movement.

The federal law that applies in these cases is the Pregnancy Discrimination Act. Workers are also protected by the California Fair Housing and Employment Act. These laws define pregnancy discrimination to be a type of gender employment discrimination on the basis of pregnancy, childbirth or related medical conditions.

Very often, this takes the form of an applicant applies for a job, gets the position, but then an employer learns the person is pregnant and then withdraws the offer. Other times, we see cases where an employee is demoted, denied a promotion or terminated after it is learned they are pregnant. It can also include cases where a company imposes substantial burdens on pregnant workers without strong justification for it, essentially pressuring them to quit.

We use much of the same type of evidence we would in any sex discrimination case. A discriminatory motive can be established either directly or inferred from the circumstances and surrounding facts.

Some ways we can show pregnancy discrimination in California:

Many of these cases can be settled prior to trial.