In two of the most critical agricultural counties in California, farm workers banded together with other low-wage workers in the food industry, demanding a “Bill of Rights” that would ensure higher wages and improved treatment. 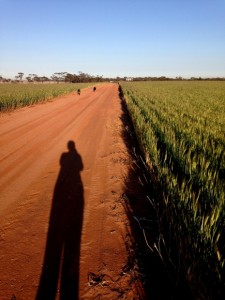 The workers characterized the bill as a “rule of law” for these workers, who work extremely long hours for little money and are at very high risk of injuries and abuse. The bill is primarily aimed at addressing the struggles of workers in Santa Barbara and Ventura Counties, just north of Los Angeles.

Most of these problems stem from the fact that nearly half of these workers are undocumented immigrants, which means they live in constant fear they will be reported and returned home, where they may face not just crushing poverty but constant danger. So when they suffer abuse at work, they are more likely to do so silently.

Farmworker Justice is a national advocacy organization fights against the rampant work safety and wage violations these individuals face. Many employers of these workers are arrogant, the group says, and believe they are above the law in many respects.

Although these issues have been ongoing for years, advocates say they have been galvanized by the gains made by workers in other industries. For example, large cities like San Francisco and New York have approved measures that increased minimum wage to $15 hourly. Tipping was banned by one prominent NYC restaurant owner in an effort to stabilize restaurant wages, and others are following suit. There have been victories for those fighting against unfairness in the arenas of wage theft, maternity leave, discrimination, wrongful termination and more.

Many of the demands made simply involve a promise that current law is going to be enforced. That means employers will be penalized for stealing worker wages, refusing rest breaks or avoiding overtime pay. The bill also asks that farm workers be given information in their native language to help them understand their rights, and for the establishment of a hotline for complaints and advice.

Other requests take things a bit further. For example, it asks that employers hold jobs for pregnant women seeking to avoid pesticide exposure due to the chemicals used in certain fields. It  requests greater technical assistance and protection for workers toiling closely with these potentially dangerous chemicals. Workers are also asking that local governments hire an individual who would be the point person to address the severe and widespread problem of sexual harassment against women in the fields.

Advocates say they hope to get these protections passed in the form of county ordinances by the end of 2017.

Although backers admit the passage of these measures would affect a relatively small number of workers, they say history has shown that local initiatives can be powerful in effecting change on a broader scale. Other farm workers would likely be inspired to take similar measures to improve their working conditions as well.