Labor contracts can involve very complicated issues.  When dealing with unions, there is the use of collective bargaining to create contracts that bind the employer and the employees. As the nation increasingly moves toward a so-called “right-to-work” system in many jurisdictions, employers are doing whatever they can to take that collective power away from employees.  According to a recent news article from The Los Angeles Times, the California State Supreme Court has just issued a ruling that allows the state to essentially force farm workers and unions to enter in binding agreements. 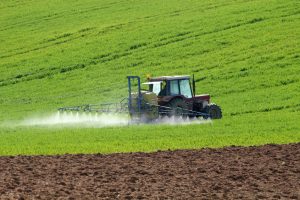 To understand this issue, it is necessary to look at the recent history, and how this all came about. For the past several decades, the largest produce company in the state and the United Farm Workers union had been fighting about whether the union could be de-certified. There have been many cases and arbitration agreements over the past 20 or so years on this issue.

As our Los Angeles employment lawyers can explain, the union was granted the right to represent all workers so that thousands of them would not be denied the overall union protections. However, despite being allowed to represent the farm workers, they were not able to reach an agreement. At this point, the union requested that the state step in and arbitrate the issues between the parties. The matter was sent to binding arbitration, and an agreement was executed.  The employer fought this agreement and challenged it as unconstitutional because it would have required it to pay the workers millions of dollars in retroactive wages. The lower court agreed with the employer, but this was just reversed by the state supreme court.  It should be noted that the defendant has stated an intent to appeal to the U.S. Supreme Court.

There are a variety of laws and regulations that involve union membership, certification, and the decertification process.  The law does not require union membership, but it does allow for it.  An employer who tries to dissuade an employee from joining a union, or even forming union, is likely to be in violation of state and federal law. As noted by the National Labor Relations Board (NLRB), the following conduct is prohibited by employers:

These laws are the result of years of practices by employers that were designed to dissuade union membership. We have come a long from the once routine union busting practices such as beating or even killing workers who formed a union, but there is still a long way to go to make sure workers’ right to form and join unions are being protected.