According to a recent news article from Eater, a lawsuit that has dragged on for ten years involving employees who sued for half a million dollars claiming that Taco Bell made them take unpaid lunch breaks is finally over.  The lawsuit ended when a California jury awarded the plaintiffs $500,000 in back due wages for the unpaid lunches.

The case was first filed 10 years ago by two employees.  These employees consolidated other cases that were already in the system and got it certified as a class action lawsuit.  They then recruited enough class members for the litigation to proceed as class action matter. 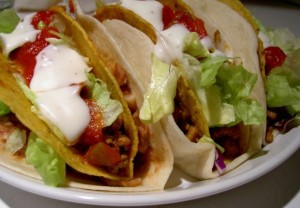 The allegations were that the employer paid the employees thirty minutes of wages if they skipped their lunches, as was often the case when the restaurant was busy, and there were not enough employees to run the establishment if people took breaks.  Under California law, if the employee skips a lunch break, the employer is required to pay these employees for one hour instead of the 30 minutes Taco Bell actually paid.   These unpaid half hour periods were aggregated between all the plaintiffs, and that is where the figure of $500,000 came from, as determined by the jury.

There was also a determination made that the employer did not provide the employees with any breaks at the fifth hour of a six or more hour shift.  As hourly wage employees in Los Angeles are aware, if you work six hours, your employer must provide you with two 10-minute breaks in addition to your lunch hour.  These are paid breaks.  In this case, the jury found that employees were given a 10-minute break before taking a lunch but were not allowed to take an afternoon break.

In addition to these allegations, there were also claims involving failure to pay overtime wages, payment of an amount less than minimum wage, and other similar labor law violations. However, the jury did not find there was enough evidence submitted on behalf of the plaintiffs to substantiate these allegations by a preponderance of the evidence, which, as our Los Angeles employment attorneys can explain during your consultation, is the standard of proof required in a civil lawsuit in California.

It should be noted that the restaurant chain earned a reported $8 billion in 2014 alone, so this is not a major loss for the company, but it is a major victory for the employees who were not paid the compensation to which they were lawfully entitled.

To put the wealth of this company in further prospective, it is owned by a group that owns several other fast food chains and was owned by Pepsi directly until a few years ago, when this new entity was formed.  While it may seem odd that multinational corporation would spend what amounts to probably more in legal fees that it would cost to simply settle the case, these large companies are worried that if they settle, it will cause many more workers to file suit, as well, and that is a message most companies do not want to send.  They could simply pay workers the money that they have earned, but that also seems to be a problem in many cases.