There are many federal and California laws that protect employees from discrimination and retaliatory action. It’s important when pursuing your claim to file under the proper cause of action to ensure the greatest change of success. That’s why it’s so important to choose an Orange County employment attorney with a wealth of experience and a verifiable track record of success. 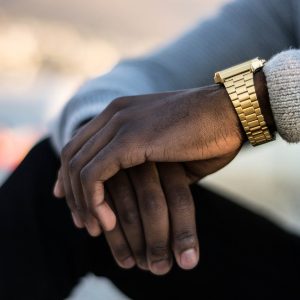 Recently in Sacramento, a man sued a local baseball club for racial discrimination, alleging the club refused to hire him on the basis of his race. His complaint alleged common tort law violations under the Unruh and Ralph Civil Rights Acts, and further committed unfair business practices as outlined under Business and Professions Code section 17200.

The trial court dismissed his claim after finding that while failure or refusal to hire a prospective employee on the basis of race is a violation of public policy (including both the state Constitution as well as the General Code), the proper remedy through the California Fair Employment and Housing Act (FEHA). Were he an employee, he might have found resolution in a common law tort, but as an applicant, the claim needed be filed under FEHA. The California Court of Appeal, Third Appellate District affirmed.

It might seem a ridiculous technicality, but claims must be properly stated at the outset in order for courts to properly consider them. A slight misunderstanding of California’s employment statutes and case law could end up costing you valuable time. Improperly state your claim and you might run the risk of being forever barred from continuing to pursue it if you’re too late to file again before the statute of limitations runs out.

Plaintiff in Williams v. Sacramento River Cats Baseball Club reportedly catered meals to visiting team players at the home field of defendant’s minor league baseball team between 2014 and 2015 – as an independent contractor. When a position became available for assistant clubhouse manager, the manager recommended him to the directors of human resources, operations and public relations. Although he was already performing some of the tasks for which he’d be hired and had experience running his own catering company, he was never interviewed for the position. Instead, the company hired a teenager still in high school with no qualifications for the job. The teen was white and plaintiff black.

Plaintiff asserted that he’d witnessed the trainer of a visiting team and a coach berate clubhouse staff of color in a demeaning manner.

He filed a lawsuit soon after.

The trial court dismissed plaintiff’s complaint – not necessarily because it was without merit, but because he failed to state a proper cause of action under the relevant statutes.

One of the laws under which plaintiff filed his claim was the Unruh Civil Rights Act, which does protect against discriminatory practices. However, they must be directly impacted. Plaintiff’s detailing of the clubhouse manager’s treatment did not describe personal impact. The Ralph Civil Rights Act, meanwhile, refers to threats or commission of violent acts against a person. There was no allegation in this case of any specific violent conduct.

As for unfair business practices, plaintiff had alleged he sustained economic losses because defendant violated FEHA by failing to hire him on the basis of race. Here he might have succeeded, the appellate court ruled, but this wasn’t the argument he made to the trial court. Instead, he argued that defendant was illegally enriched because it underpaid the clubhouse manager because of his race, and in turn, he was underpaid. He was given leave to amend his complaint to the trial court, but chose to proceed to the appellate court with the facts as stated. The problem is one can’t appeal a ruling based on an argument the trial court hasn’t heard.

The case was thus dismissed as a matter of law.