Although federal labor laws cut employers a break when it comes to payment of “de minimus” work – that which is “trivial,” and only takes just a few minutes. In other words, the de minimum rule employers can compel workers to complete a minimal amount of work off-the-clock, rather than making them clock back in for an occasional couple minutes here-and-there. 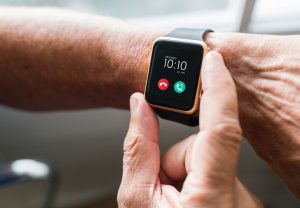 However, a California Supreme Court decision last year held that defense was not applicable in the Golden State, as our lawmakers and courts expressly sought to provide greater protection for workers compared to federal law.

The state high court’s ruling in Troester v. Starbucks has proven a precedent, on which another federal appellate court ruling has been based.

The U.S. Court of Appeals for the Ninth District, relying on Troester, found that while employers can’t expect any work to be unpaid, the state can’t compel employee compensation for every acute or split-second task, particularly when it’s not one that’s done regularly.

In Rodriguez v. Nike Retail Servs., plaintiffs in the class action lawsuit alleged defendant employers improperly required employees to regularly work off-the-clock hours. Specifically, the workers were required to go through security checks each time they left the building after a shift. This was after they clocked out, and the length of time depended on how long they had to wait for someone to meet them at the exit and how many bags they had to be checked.

The company, arguing the wage and hour lawsuit was barred under the federal de minimis doctrine, presented evidence in the from an expert witness who conducted a “time and motion” study, measuring how long it took 15 randomly-sampled employees to exit the inspection at the company’s stores (24 in all in California). He noted the average inspection took about 20 seconds and nearly 98 percent were completed in under 2 minutes.

An expert witness for the plaintiff challenged this, arguing the study was flawed because it didn’t cover enough time to be extrapolated to the entire class and the time limits concluded were subjectively determined. Plus, managers from several locations testified that the inspections typically took several minutes.

Justices said that employers need not go around accounting for “split-second” amounts of work here-and-there, such as would amount to “absurdities, especially if it was irregular. However, where workers are required to do more than a “trifling” few seconds of work on a routine basis, the state supreme court’s decision in Troester prevents the employer from raising the de minimis defense under state law.

There is nothing in California law, both the state supreme court and the Ninth Circuit ruled, that allow for the de minimis rule to be applied.

As our Los Angeles employment attorneys can explain, California labor law has always been intentionally more protective than federal statutes.