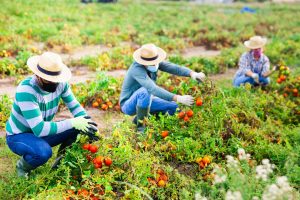 The wage increase is based on the USDA’s annual survey findings on farm labor, which are used to ascertain the rate of pay for seasonal, temporary agricultural workers in farms across California and the U.S. through the H-2A program. The H-2A program allows U.S. employers or agents who meet specific regulatory criteria to bring foreign nationals to the U.S. to fulfill seasonal agricultural jobs. Here in California, there are tens of thousands who work in these positions.

Wages for farmworkers are based on the USDA’s yearly analysis of farmworker pay across various regions of the U.S. However as our Orange County wage and hour employment attorneys can explain, this latest wage increase was frozen by former President Donald Trump, who sought to help farmers recover from lost profits and fallow fields following the early 2020 shutdowns of the COVID pandemic. The action would have locked in federal minimum wages for H-2 visa farmworkers, with the intention of saving growers roughly $1.6 billion over the course of a decade. Trump’s freeze was lauded by top agricultural companies, who said the move was critical in keeping their farms running and grocery stores stocked in a situation that otherwise would have significantly disrupted food supply chains.

On the worker side, though, the action was broadly derided. For one thing, growers were boasting significantly higher profit margins. For example, farmers of plants and livestock in Fresno County alone indicated a record year for gross total production, valued at nearly $8 billion. Furthermore, farmworkers were officially designated during the pandemic as essential workers – meaning they risked their lives to work. Farmworkers already are among the lowest paid workers in the U.S.

California alone has over 3,000 certified H-2A slots, accounting for more than 10 percent of these positions nationally. Employers typically offer these workers the absolute bare minimum wage. Those are the workers that are going to benefit from this wage adjustment, which on average nationally is expected to go up 6 percent next year compared to this year’s rates.

Companies that work with H-2A employees are required to pay the state’s minimum wage, but that can’t be lower than the Adverse Effect Wage Rate (AEWR), which is the average wages for crop/livestock workers in a given region. H-2A workers in California earned $14.77 last year. Next year, they’ll be earning $17.51.

What If My Employer Pays Me Less Than Minimum Wage?

Effective Jan. 1, 2022, the federal minimum wage increases to $15 hourly for employers with 26 or more employees and $14 hourly for companies with 25 or fewer employees. (The adjustments are annual.)

Many cities have their own minimum wage rates. In Los Angeles, for example, the 2021 minimum wage was already $15 hourly.

As our Los Angeles employment lawyers can explain, most employers in California are subject to both state and federal minimum wage laws, as well as those enacted by local cities and counties operating in those jurisdictions. In cases where there are conflicting requirements (i.e., a higher local minimum wage requirement than what is required by the state or federal government), employers must follow the stricter standard – the one that’s most beneficial to the employee.

Minimum wage isn’t optional and it can’t be waived by the employee. There’s no distinction in minimum wages between adults and minors. Employers in California cannot use an employee’s tips as credit toward its obligation to pay minimum wages.

If your employer does not pay you the required minimum wages, you should consult with an experienced employment attorney. We can assist you in filing a wage claim with the Division of Labor Standards Enforcement or in filing a lawsuit against your employer to recover those wages and other damages.