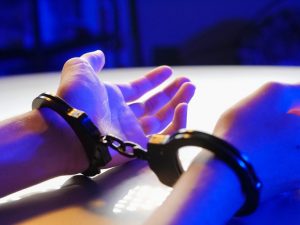 The law establishes a new type of grand theft. Any company that steals more than $950 from a single employee or $2,350 from two or more employees over a consecutive, 12-month stretch will potentially face criminal charges.

What’s more, the law also encompasses protections for independent contractors as well as employees. That means hiring entities would face equal consequences for theft of wages involving independent contractors as they would employees. As our Los Angeles wage and hour theft attorneys can explain, that significantly broadens the scope compared to most other California and federal employment laws.

Grand theft is punishable either as a misdemeanor (up to one year in jail) or felony (up to 3 years in prison). Fines are often imposed as a result of the penalties as well. The new law allows wages, tips, or other compensation that are subject to a prosecution may be recovered as restitution. It should be noted, however, that civil litigation may still be the best way to recover all damages. If your employer is arrested for wage theft, it’s important to discuss your legal options with an attorney.

Employers should take decisive steps now to ensure their policies are fair and lawful to ensure they do not run afoul of the new law.

The measure was signed just days before a $30 million California wage theft class action settlement was reached between one of the world’s largest trucking firms and hundreds of its drivers. The workers were reportedly earning less than minimum wage delivering goods for large retailers from ports in Los Angeles and Long Beach.

According to the approved settlement agreement (as reported by the L.A. Times), XPO Logistics and two of its subsidiaries – all operating in California – not only paid truckers wages that were less than the legal minimum, they failed to compensate them for missed meal breaks, rest brakes, business expenses and waiting times.

It should be noted that many trucking companies consider their drivers independent contractors, which generally makes them ineligible for a significant number of labor protections. Under the new law, such wage theft would be punishable with criminal penalties – at least under California law. That case, however, was federal.

The U.S. Department of Labor’s Wage and Hour Division enforces the Fair Labor Standards Act, which has provisions on wages, hours, and other employment conditions and practices. Willful violations can be criminally prosecuted by federal authorities (though it’s rare), with a maximum $10,000 in fines. That only goes so far when you’re dealing with a huge company like XPO. It’s only after a second conviction for willful violations that federal authorities may potentially pursue imprisonment.

California tends to have stronger employee protections than federal law, but it’s not the first state to pass a measure allowing for criminal charges in wage theft cases. In Minnesota, for instance, lawmakers increased penalties for wage theft from a civil violation meriting a maximum $1,000 fine to a potential felony warranting up to $100,000 in fines and a 20-year prison sentence (the latter only in cases involving theft of $35,000 or more).

If you believe you have been deprived of your rightful wages earned under the law, our team of dedicated Los Angeles employment attorneys can help.