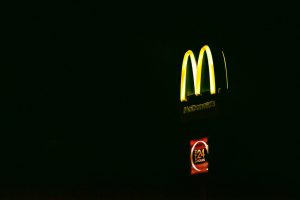 The multi-million dollar settlement was reached last fall, but was recently approved by the L.A. County Superior Court. In addition to a payout, the company was required to review and rework its policies on rest breaks, uniforms and overtime. It was also required to offer training to workers and managers so that they would be informed of the law and their rights.

In a statement, the corporation denied violating labor laws and said it settled to avoid further litigation.

It should be noted that while this case was against the corporation, many wage and hour violations involving workers of chain corporations are filed against the franchise owner. If you think you have been cheated out of fair wages, an experienced wage and hour lawyer can help you determine if you’ve got a case and identify defendants.

Failure to pay overtime, minimum wage or provide meal and rest breaks are just a few examples of California wage theft. Our Los Angeles employment attorneys help workers victimized in many other instances obtain just compensation. These include:

Employees in California can file a wage theft claim anytime an employer doesn’t pay them the benefits or wages owed. Note that the law extends to all workers, no matter what their immigration status.

When you make an appointment for a free consultation with an employment attorney for a possible California wage and hour lawsuit, you will want to gather the following information:

The name and address of the company and/or individual person for whom you work. The exact name should be available on paystubs, product labels or mailing labels. If you still aren’t sure, you can jot down the license plate number of the individual who pays you. If there is more than one supervisor or employer, have their information ready too.

The identity of other responsible parties. Anyone who is acting as a manager or supervisor and who breaks state labor laws may be held responsible for the action – in addition to the employer.

Keep tabs on all hours worked. Take note of what time you start work each day, what time you end, the times at which you take your rest, meal or heat recovery breaks and the total number of hours you work. Even if you are paid according to piece rate or contract, you should still be getting the minimum wage – at least – for every hour you’re working. Keep track of this so you can compare it with the wages you receive. Your pay prior to deductions should equal the state hourly minimum wage, as set forth by the California Department of Industrial Relations.

Hang on to your pay stubs or wage statements. You should receive one that is itemized every pay period. The information these records contain will help an employment lawyer determine if you have been properly paid. Note that it is your employer’s responsibility to ensure you are provided with accurate records of the time you worked.

McDonald’s is paying out $26 million to thousands of workers after settling a wage-theft lawsuit, with employees getting checks for as much as $3,900 in lost wages, Oct. 7, 2020, By Kate Taylor, Business Insider