A former power line worker has been awarded over $1 million in a recent lawsuit. 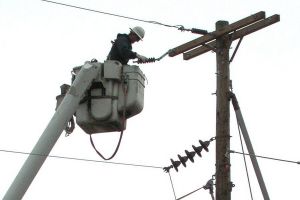 Our wrongful termination attorneys can represent clients who have been fired in a variety of employment lawsuits.

The employee, a line worker, worked for the electric company for about eight years when he and his crew were asked to replace a damaged electrical pole.

The employee’s supervisor told the crew the repair work could be completed without shutting down power to the line. The electric workers completed the work but it was extremely dangerous.

At one point, a cross arm broke and high-voltage wires came within a few inches of touching one another. If that had happened, there would have been an enormous explosion.

Fortunately, this time no one was injured and the job was completed.

After the crew had completed the job they discovered that another electric crew had turned the job down because of its dangerous proximity to live electrical wires.

Approximately one month later another electric crew did work on the same line but they were cleared to shut the power off which left about 100 of the power company’s customers without power.

The employee who had done the work with the wires live filed a safety complaint stating that he felt unsafe in the workplace. The employee suffered depression, anxiety, and panic attacks.

After taking a medical leave of absence the line worker exchanged voicemails with his supervisor who fired him via a voicemail message.

In addition to $1 million in damages the judge ordered the electric company to pay for the employee’s attorney fees.

In the state of California it is against the law to terminate an employee if the termination violates the public policy of California. This means that your employer is not permitted to fire you for the wrong reasons.

Other examples of wrongful termination include being fired for failing to engage in unlawful activity as well as refusal to respond to inappropriate comments or sexual advances.

Finally, in California there are a number of protected classes including: Sex, National Origin, Religion, Color, and Race. An employer may not fire or discipline you because you are a member of a protected class.

The National Whistleblowers Center reports that the underlying purpose of whistleblower laws is to protect employees who report or testify about actions of their employer that are counter to public policy.

Actions that run counter to public policy can include actions that are unhealthy or illegal. The exact definition will depend on many factors including which state’s law applies to the case.