In the wake of the Senate’s approval of the Employee Non-Discrimination Act a Los Angeles Times article, reports a significant number of LGBT workers are discriminated against. 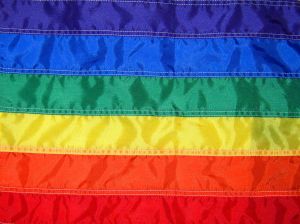 Our Costa Mesa LBGT discrimination attorneys know that the Employee Non-Discrimination Act is a significant step forward for the LGBT community and are committed to protecting the rights of all employees.

The Employee Non-Discrimination Act passed the U.S. Senate with a vote of 64-32. The Act was introduced in 1994 and has been resurrected from time to time since then without becoming law.

The Employee Non-Discrimination Act would prohibit workplace discrimination based on sexual orientation or gender identity if it is able to pass the United States House of Representatives.

Proponents of the Employee Non-Discrimination Act know it faces an uphill battle in the House of Representatives with some congressmen saying there is no basis or need for the act at all.

There are only 21 sates which have protections for LGBT workers and there is no nationwide federal law that consistently and comprehensively prohibits discrimination in the workplace on the basis of actual or perceived gender identity and sexual orientation.

The UCLA report from the Williams Institute specifically showed that discrimination against LGBT law enforcement officers is pervasive.

The study found that not only are officers who are LGBT discriminated against, but individuals who are merely perceived to be LGBT or even associated with LGBT community members or officers.

The ubiquitous discrimination of LGBT corrections and law enforcement officers may impede effective community policing of all citizens but may particularly minimize law enforcement effectiveness when members of the LGBT community are involved.

Some of the study’s key results include a finding that over 90% of transgender law enforcement officers report enduring negative experiences with their departments. Of those reporting negative experiences, 53% felt that they were unsafe and isolated by coworkers, 18% of respondents were physically attacked by peers, 43% were threatened with violence, 68% were continually verbally harassed by co-workers, 37% reported that they were threatened with termination, and 15% reported being terminated.

The study found multiple examples of behavior that went far beyond simply firing an employee and instead included such terrible occurrences as actual violence, indecent exposure, inappropriate touching, death threats, and other forms of sexual and verbal harassment.

Some examples of physical violence included officer’s being beaten with a chair, being slammed into a concrete wall, and being refused back-up which placed the officer’s personal safety in danger while they were protecting the public.

While members of Congress fight over passing the act, trainings and nondiscrimination policies can help curb the effect of this terrible discrimination.