A former emergency room employee has filed a wrongful termination lawsuit against a California hospital. 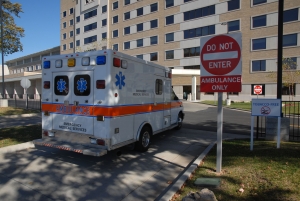 Our Costa Mesa wrongful termination attorneys know that employers can be very aggressive towards employees who raise concerns about the work environment. Employers may go so far as to fire an exceptional employee due to complaints they file.

The California emergency room employee is suing her former employer due to the actions taken by a doctor at the hospital.

The employee’s complaint outlines a difficult work environment and alleges sexual harassment by the doctor, including an instance where the doctor slapped the employee’s buttocks with an open hand after she decided to file a complaint with the human resources department.

The 30-page complaint explains the hospital management knew the doctor had a reputation as a “dirty old man” and that the hospital fired her after she filed a report alleging sexual harassment.

When an employer has illegally fired an employee for impermissible reasons (such as the reporting of sexual harassment) – they often attempt to cover up their actions by claiming the employee was under performing or made some critical error related to their job.

The hospital is no different and claims that the employee was fired for violating employee confidentiality by releasing information with regard to a nurse’s medical condition.

According to statistics from the Association of Women for Action and Research, as more women have entered the workforce over the past decade sexual harassment claims have surged and the vulnerability of women to sexual harassment as increased dramatically as well.

Studies show that 54% of individuals have experienced some form of sexual harassment in the workplace. Of this percentage almost 80% of victims were women and roughly 20% were men.

A frightening 12% of sexually harassed employees were threatened with termination if they did not comply with the sexual harassers requests.

Research also reveals that both men and women are more likely to be harassed by members of the opposite sex, however, same-sex sexual harassment does occur as well – albeit with less frequency.

The top five industries in which sexual harassment occurs include: banking, finance, and business, sales and marketing, civil service, education, teaching and lecturing, and hospitality.