An increasing number of tech-based software companies that hire workers in a non-traditional setting are facing down the potential of a wave of employment lawsuits – potentially class action litigation – because of the fact they have long likely been misclassifying workers. Employment attorneys for companies looking to ward off this potential expense are preemptively doling out checks. If cashed, these payments have the effect of a worker signing away any possible right to pursuit of a future claim. 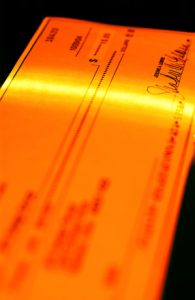 Workers are strongly advised against cashing these checks until reviewing their legal rights with a Los Angeles employee misclassification lawyer – because your claim to damages from an employee lawsuit may far exceed the amount on that check.

That’s because by designating drivers and others as “independent contractors” as opposed to employees, companies like Lyft, Uber and a new startup, Getaround Inc., are able to sidestep any duty to cover major expenses like retirement benefits, overtime, workers’ compensation and various liabilities to third parties for worker negligence. Companies also get away with denying routine rights, such as regular breaks and mealtimes. Collectively, this all adds up to significant coin.

So perhaps it’s little surprise that a number of these companies are not only launching public relations offensives, these firms are getting creative.

In something of a rarer legal strategy that we’re likely to see more often, Getaround Inc. is reportedly cutting checks to current and former employees – with correspondence that contains documents asking them to sign away their right to pursue legal action against the company for employment law violations. Fine print on the documents enclosed with the checks contained provisions that deprived them of their rights under California employment law even if they didn’t sign the attached contract. Simply cashing the check amounted to to agreement to the employer’s terms, including forfeiture of their right to pursue resolution within the courts. Bloomberg reported almost all employees who received the dozens of checks from Getaround signed them.

Our Los Angeles employment attorneys are especially concerned that it’s the most vulnerable workers – those on the lowest rungs of the pay grade and power scale – being targeted . Some employment advocates are going so far as to call the move “insidious” given that the amount workers are being offered is – for all intents and purposes – pittance. These are individuals who lack financial stability, can’t afford legal counsel and are often living paycheck-to-paycheck – making a immediate payout more worth their while.

Although this strategy isn’t common, it’s not the first time the strategy has been used. Many have made references to the 2009 California Court of Appeals wage and hour case of Chindarah v. Pick Up Stix Inc., wherein the restaurant chain sought to secure pre-trial settlements from employees who were seeking overtime pay by offering workers checks for a fraction of what they might be entitled to if they pursued litigation. In many cases, workers didn’t realize that signing the checks meant signing away their legal rights. Even in cases where they did recognize, many could not afford to wait years to be paid.

The first Getaround worker case was filed last year by a “fleet associate” who alleged her daily responsibilities, pay structure and lack of other work meant she should have been designated as an employee, yet she was paid only as an independent contractor. She was hired to move vehicles around to various points in the city and worked to prepare vehicles to be rented. The company assigned her to various shifts, required her to wear company uniforms and provided most of the equipment used in the course of employment.

As our Los Angeles employee misclassificiation attorneys can explain, this meets much of the criteria for designation as an employee versus an independent contractor – which is exactly why the company has been so eager to settle.