A lawsuit was filed by a female employee against the insurance company Farmers, according to LA Times. The plaintiff in the lawsuit claimed she was paid less than men who had similar positions at the company, despite the fact those men had decades less experience than she did. After she filed the lawsuit, three additional women opted into the suit over the course of the late summer. Additional women also began to file claims, bringing the total number of women suing the insurance company to 12. 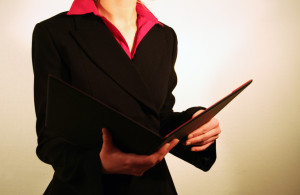 After the 12 women came forward with claims against Farmers Insurance, class action status was sought. Class actions allow for many cases involving plaintiffs who suffered similar wrongs to be joined together as one big case. All of the plaintiffs make one single claim together, with the named plaintiff(s) actively involved in the litigation and the other plaintiffs not having any day-to-day responsibilities in terms of working with employment lawyers to prepare for litigation or making decisions on the case. Other plaintiffs who opt in as class members but who aren’t named plaintiffs simply collect compensation when a jury awards damages or when a company settles discrimination claims.

A class action must be certified by a judge, who must determine that there is a group of plaintiffs who suffered a similar wrong and who can all be compensated by a single defendant for the harm they have endured. A judge certified the class action against Farmers because the women who worked for the company was similarly situated and deserved to all have the opportunity to be part of one big claim alleging the insurance company had discriminated on the basis of gender.

There could be as many as 300 female employees of the insurance company who end up becoming part of the class of women seeking compensation for discrimination in pay based on their gender. Women who may have been victimized by gender discrimination will have the opportunity to opt into the class and become part of the pending litigation, or to opt out so they can maintain their right to bring a separate individual claim against the company.

When women make claims alleging lower pay due to gender discrimination, they can make a prima facie case by simply showing that the company offered unequal pay for equal work. Under the Equal Pay Act, there is no requirement that female employees show the company acted intentionally in paying women less.