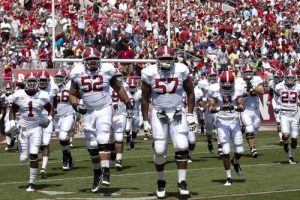 The primary plaintiff in the case, who played for the school between 2013 and 2016, asserts that student athletes should be classified similarly to student employees, even more so than the work-study students who are hired to actually work at college games. In his statement, he insisted he wasn’t seeking hundreds of thousands of dollars for any one player, but that it seemed unfair that the NCAA – which brings in close to $1 billion annually – continues to insist the athletes be paid nothing at all.

The NCAA continues in courtrooms to use a term called “amateurism” to justify non-payment to players. This principle, as noted in the NCAA Division I handbook, is one that declares that all student athletes are amateurs, and thus their participation motivated first and foremost by education and secondly by the physical/social/mental health benefits to be derived. To pay the students, as one former NCAA vice president put it, would be to “distract in a very significant way” from the athletes pursuing an education.

This classification, the league insists, prevents it from becoming an anti-competitive trust.

In other recent wage and hour lawsuits against the NCAA, one California student athlete alleged in a federal district court that he should be paid for the league’s commercial use of his likeness, name and image (in response to a popular video game that featured him). The federal court ruled that although the “amateurism” principle that guides the NCAA isn’t lawful, the fact that colleges compensate student athletes with the cost of attending the schools thus allows the league to fee itself of any anti-trust violation. In other words, students get the benefit of payment for education instead of cash. They can also receive things like laptops or post-graduate degree scholarships.

The question is whether each student athlete is fairly receiving the full educational benefit compared to if the NCAA were to be required to pay them at least minimum wage. Several former student athletes have argued that the commitment of playing a sport at the Division I college level is so all-consuming, they don’t get the full benefit of the educational opportunities in which they are “paid.” One study published by CBS Sports showed 80 percent of student athletes admitted to missing class for a competition, more than half don’t have enough time to study for tests and on average devote 50 hours weekly to their sport.

Even with the resources to succeed, they don’t have the time. Some schools have even gotten into trouble for buoying student athlete grades so they could remain enrolled and continue to play.

In other words, they aren’t getting the benefits which, by law, they are supposed to receive in lieu of a paycheck. What’s more, schools with large athletic departments bring in far more revenue for college sports than what they spend on students’ education. One analysis of 10 schools in 2014 found on average, universities brought in $133 million more in college sports revenue than they paid in student athlete educational compensation.

These cases are more complex than the average minimum wage case, but are likely to be at the forefront of employment law news for some time to come.