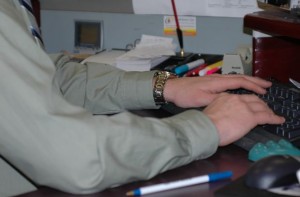 Part of the reason reportedly has to do with employer requirements under the soon-to-be-enforced Affordable Healthcare Act, but our Costa Mesa wage and hour lawyers recognize that employers likely see other benefits too.

Among the pluses noted by employers:

The shift is understandable, and there can be pros for the contractors as well. It could provide an opportunity to get a foot in the door of a company you might not have otherwise had the chance to showcase your skills. It’s also possible for some contractors to earn more when paid hourly, as opposed to on a salaried position.

However, despite all of this, there is a broad opportunity for an arrangement like this to be handled inappropriately.

The Internal Revenue Service as well as the U.S. Department of Labor are right now in the process of investigating a large number of businesses that have been misclassifying workers as independent contractors when in fact they should be considered full-time employees. Federal authorities take these kinds of mistakes very seriously because it throws employers a significant an unfair advantage, as they reap the benefits of having a full-time worker, without having to pay the added costs in taxes and benefits.

Liability in the cases that wind up in court can range anywhere from a few thousand dollars to well into the millions.

The core question in these cases becomes: What is the difference between an employee and a contractor?

In general, it has to do with the level of control an employer exerts in the professional relationship. Unfortunately, there is no standard definition, so you must step back and look at the overall picture.

For example, if a worker is required to work a set number of hours at certain times and perform the work according to a very specific set of standards, it looks a lot like an employee. If, however, the worker is allowed to decide when and how the work gets done and has the freedom to hire subcontractors, this begins to look more like an independent contractor arrangement.

One example given recently by a local public radio station was this:

A woman was hired by a company to build a database and perform some other tasks. Later, when she went to file her taxes, her accountant set about trying to determine her potential deductions. He asked whether the company provided her with clients, set her work hours, provided her with a place to work, told her when to be there and what to do. To all of this, she answered yes. All of this, the accountant said, made her an employee – not an independent contractor.

It’s not just small firms. FedEx and Microsoft have been among those in the past that have had to pay huge settlements for misclassification of workers.

If you suspect that you have been misclassified as a contractor, you may be entitled to back pay, benefits and unemployment. Contact our offices today to learn more.