For more than two decades, health care workers were given the option to waive a second meal break that would otherwise be required on shifts longer than eight hours under the Industrial Welfare Commission’s Wage Orders, or IWC. 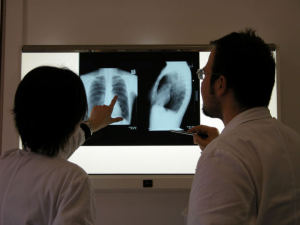 Specifically targeted was IWC Wage Order No. 5. The measure stated workers in the health care industry who worked shifts in excess of eight hours could voluntarily waive their right to one of their two meal periods, so long as the agreement was written and signed by both parties.

Defendant in this case allowed workers to waive one of their two meal periods if they worked shifts longer than 10 hours. However, three of the medical center’s former workers filed a class action lawsuit on the grounds the meal break waiver was unlawful because another portion of state law clearly states a second meal period can only be waived if the total number of hours worked by that employee is less than 12. In some cases, workers were allowed to waive their second meal break even when they worked more than 12 hours.

The appellate court reversed the grant of summary judgment initially given to the medical center defendant by the trial court, holding in a unanimous decision that the wage orders in question allow for unauthorized additional exceptions for health care industry workers toiling away for more than 12 hours at a stretch.

What has employers especially concerned about this ruling is that justices indicated it would have at least some retroactive application. Our Orange County wage and hour attorneys know this means there could be cases in which employees followed the wage order provisions over the last three years, but can still be found in violation of worker rights.

The court ruled the IWC had no authority to enact a measure that expressly conflicts with the clear language of California Labor Code section 512(a).

Although the newly invalidated wage orders go back 22 years, only claims falling within the more recent three-year range will be granted review, as the state has a strict three-year statue of limitations on wage and hour claims.

The appellate court ruled employees who were wrongly deprived of meal breaks on shifts longer than 12 hours (even if they voluntarily signed off on it) will be allowed to seek “premium pay,” which means one full hour of pay for each half-hour break time they were denied. For a worker employed at a hospital or other health care provider for the last three years, that could translate into potentially tens of thousands of dollars in compensation.

At this point, in light of the latest court ruling, health care companies should make sure workers putting in 12 hours or more at a stretch take their second, 30-minute unpaid meal break.

This ruling has likely opened the doors for a flood of new employment litigation, likely in the form of class action filings because there were many health care providers in the state who relied on the IWC.