When a company knows or should know a worker is under-reporting his or her hours, the firm can’t use the employee’s role to diminish its own responsibility under the Fair Labor Standards Act. 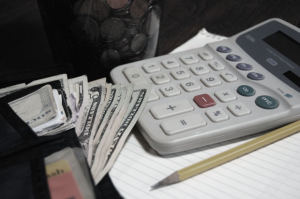 That was according to the ruling by the U.S. Court of Appeals for the Eleventh Circuit in Bailey v. TitleMax. In its ruling, the federal appellate court reversed the summary judgment favoring the defendant company and remanded the case back to trial.

Had the court affirmed the earlier ruling, it would have allowed companies to wield superior bargaining power to pressure or even compel workers to under-report their hours, and then turn around and use that action as a defense if anyone complained. The Bailey ruling was an important one in furtherance of worker rights under the FLSA.

According t court records, employee routinely worked unpaid overtime hours. His supervisor reportedly informed him the company didn’t pay overtime, and so he often worked off-the-clock. In fact, the supervisor allegedly told him there would be days he would be expected to work off-the-clock. The worker clocked in and out at the direction of his boss, even when he knew those times didn’t always match up with the actual number of hours he’d worked.

That same supervisor also reportedly edited the worker’s time sheets on multiple occasions to indicate he worked fewer hours than he actually had. She would indicate he took a lunch break, when in fact he had not. She would change his end-of-shift time by an hour or two.

After employee quit, he filed a lawsuit alleging the firm violated federal law per FLSA. The federal law requires employers to pay their workers 1.5 times their regular wage for hours worked in excess of 40 each week.

As a defense, the company asserted plaintiff violated company policy in his under-reporting. And it was true: Company policy did clearly state workers were expected to report an accurate number of the hours they worked. The company further stated the worker never objected to supervisor’s actions and he never reported those inaccuracies in his record either. This, too, the firm said was a violation of policy that required worker to accurately verify his work hours. Finally, the company stated worker was well aware of company policy on each of these points, and failed to take action.

The company moved for summary judgment, pointing to the worker’s violations in under-reporting that it argued absolved the company of liability for unpaid overtime. Because employee did not take action, the claim was barred.

Firstly, the court noted Congress has expressly pointed to the unequal bargaining power between employees and employers. The FLSA evens the playing field. For this reason, the court ruled that if a company knows or has reason to know its worker under-reported hours worked, the company can’t sidestep the issue of liability simply by blaming the employee for violating internal policy.

The FLSA states a worker can pursue action against an employer for failure to pay overtime in cases where unpaid overtime was worked and the employer knew or should have known about it. It’s worth noting knowledge can be imputed on the employer when a worker’s pay is artificially low – an element that was asserted by plaintiff in the Bailey case.