Its possible that refusal to allow a shift change is an adverse employment action for purposes of an employees retaliation claim. 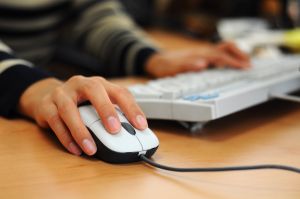 A consultation with an experienced Costa Mesa employment lawyer can help you decide if your employer has retaliated against you in some way.

In a recent decision by the 7th Circuit Court of Appeals the Court concluded that a transfer from one shift to another may be enough to qualify as an adverse employment action.

The officer claimed retaliation and race discrimination. After asserting the retaliation charge the officer was placed on midnight shift.

The law enforcement officer requested to be changed from the midnight tour and wanted a supervisory position that was not on the midnight shift – his requests were denied by the Chief of Police.

In response to this denial, the officer filed another charge with the United States Equal Employment Opportunity Commission which alleged retaliation for filing the complaint and race discrimination. The case was dismissed by the lower court but the officer appealed.

The 7th Circuit Appellate court reviewed the decision of the lower court to determine whether the denial of transfer amounted to an adverse employment action.

Commonly, when an employee is transferred laterally, from one position to another it is not considered an adverse employment action.

But this line is not always a clear one. Past courts have determined that if an employer significantly diminishes the responsibilities of the employee they may have committed an adverse employment action.

In the case of the police officer, his transfer to the midnight shift for a seemingly indefinite amount of time had a significant effect on his authority as a sergeant. In addition, the transfer had a significant negative impact on his job responsibilities. As a result the officer became essentially powerless, even though he was technically a sergeant.

In essence the transferred officer was claiming that he his power as a sergeant had been so significantly impacted and reduced that he was effectively demoted.

If your employer has suggested a job change, transfer, or other seemingly insubstantial workplace change you should remember that sometimes a shift can be more negative than it appears on the surface.

If the change from your employer may amount to a significant adverse employment action you should seek help from an attorney to determine your rights.