Recent studies point out the egregious way in which restaurant workers are treated in many cases. 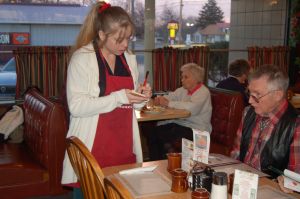 A consultation with an experienced Costa Mesa employment lawyer can help any worker decide if their employment rights have been violated.

As activists for the rights of restaurant workers take a more serious look at the treatment of those employed in the food service industry.

The food service industry has long been an area in which individuals may not treated fairly or in accordance with applicable employment law. Some activists are attempting to forge a link between those who really enjoy fine dining and the workers who serve their dining needs.

The goal of many restaurant activists is to ensure that working conditions are improved for the 10 million restaurant workers throughout the United States. Some statistics state that those restaurant workers are two times more likely to require public assistance than other Americans.

Research indicates that one in every five workers is involved with delivering or producing food. This makes the sector the fastest-growing industry in the United States.

Unfortunately, about 70% of the lowest paying American jobs are related to the food industry. In some areas, such as San Francisco, the situation has become dire.

Some restaurant workers are being forced to leave major urban areas because they can’t afford even the lowest rents within the city.

According to the Bureau of Labor Statistics, cooks within the restaurant industry make an annual wage of about $23,300.

The average hourly salary of restaurant cooks (often referred to as “line cooks”) is $10.99 and even lower for establishments classified as drinking establishments.

The salaries of wait staff is often much lower since they are also compensated with tips directly from customers. Although about 71% of individuals in the United States support raising the federal minimum wage (currently $7.25 per hour) this raise would not affect waiters and waitress who currently receive a paltry $2.13 per hour.

Sometimes individuals who work in the restaurant industry do not know their rights or understand the difference between exempt and non-exempt employees.

In some cases an employer may call an employee a manager or supervisor simply to avoid paying that individual overtime. This practice could be illegal. In addition, employees who are not required to receive overtime are also not required to have rest or meal breaks.

An employee who is unable to take a lunch break or who is forced to work during their lunch break might be permitted to recover a full hour of pay for every day this occurs. Depending on the length of time that this occurs it could add up to a fairly large sum of money.

Some restaurant workers may not be provided the mealtime and rest periods required under both Federal and State laws. Furthermore, the minimum wage in California is currently $8.00 per hour and will rise to $9.00 per hour on July 1, 2014.

This means that non-wait staff workers, such as cooks should be paid at least $8.00 per hour to comply with California’s laws.